The colors of Liguria – Corniglia 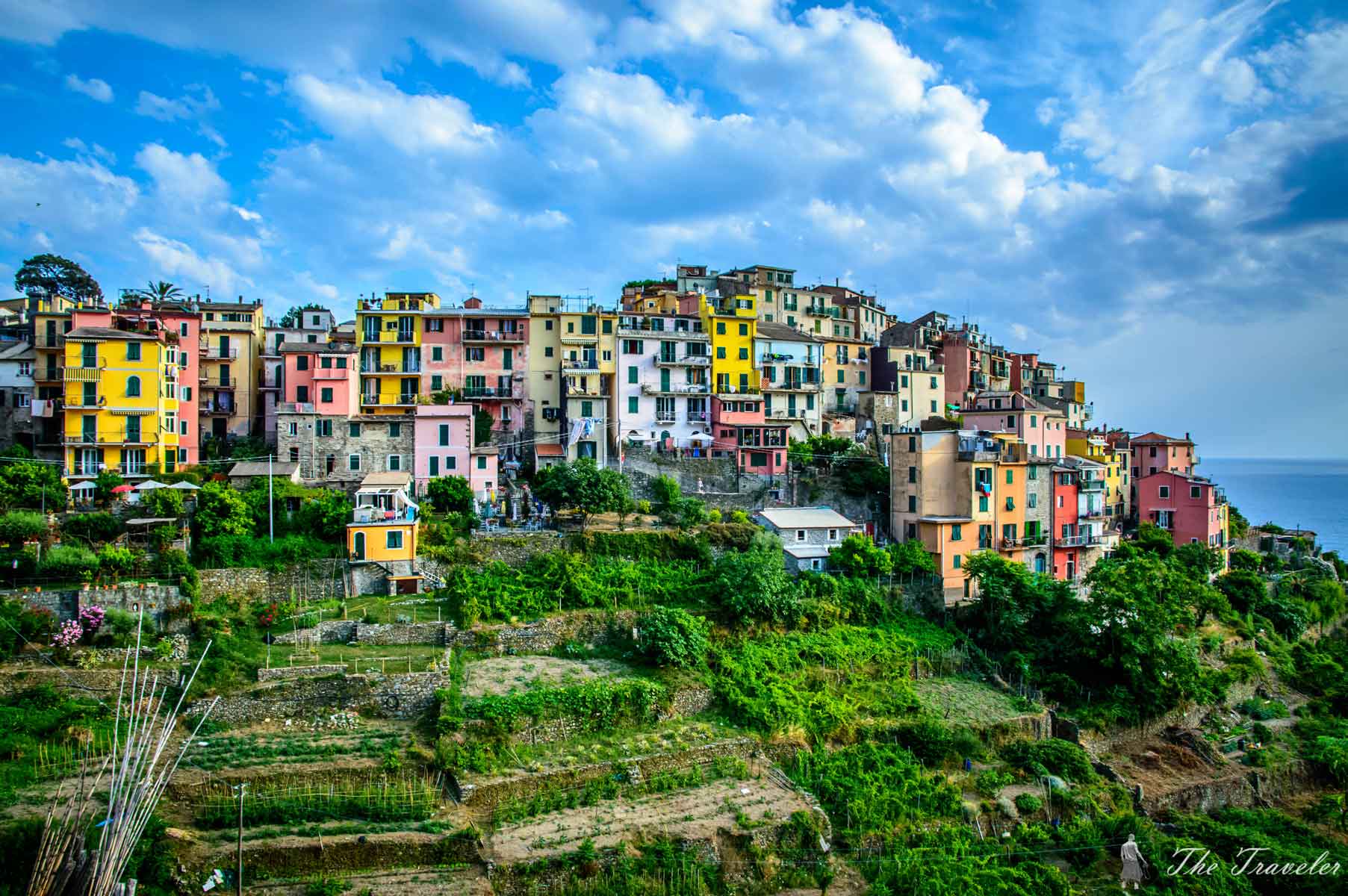 There is one of the five villages in Cinque Terre that hasn’t port and looks more like an inland village than it looks like the other four on the coast… The least and often the most missed by tourists… Corniglia!

Where is located Corniglia ?

The third in a row after Riomaggiore and Manarola is Corniglia! The only one without a port, located about 100 meters above sea level. The station in Corniglia isn’t only away from the center, but also right on the beach! The options from there to the village are the bus waiting for tourists right next to the exit of the station, a walk on the main road via Stazione or climbing 337 steps called Lardarina! I have no idea why we choose the steps but it takes us about 20 minutes to climb to the top… Perfect terraces with vineyards stretch around us, and behind us remains the beautiful view of the sea and Manarola… 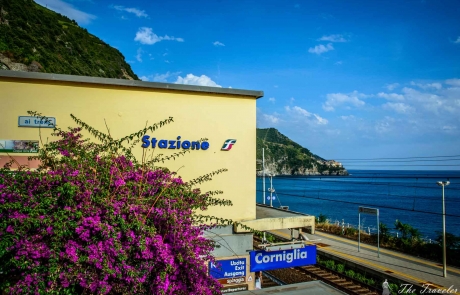 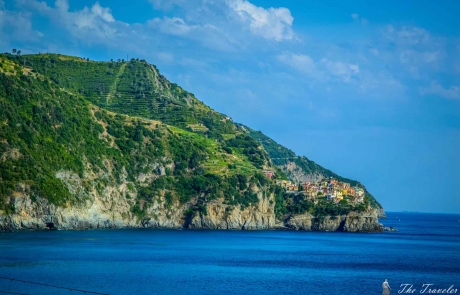 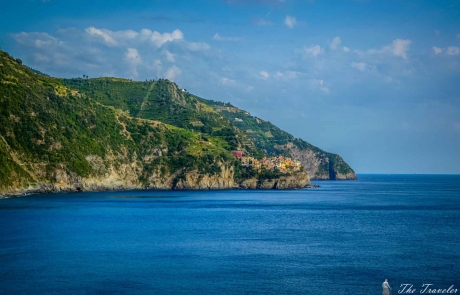 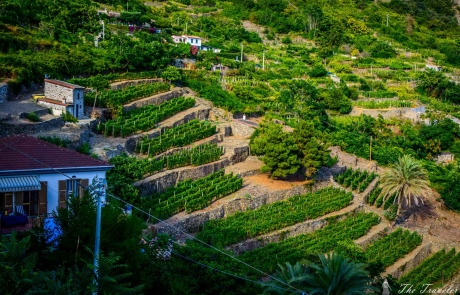 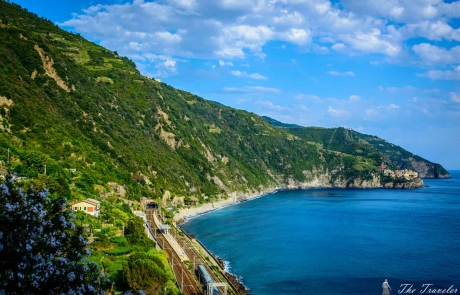 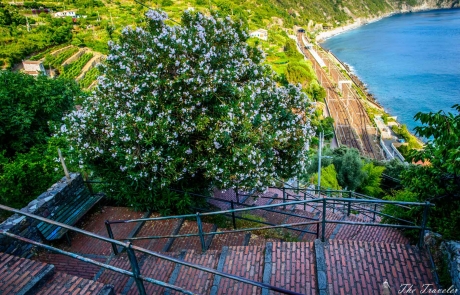 Slightly out of breath, but satisfied with the views, we find ourselves very close to the church of Corniglia – St. Peter. The pleasant terrace in front of it reveals a beautiful view of the colorful houses and part of the sea opposite. And a lone palm tree tries to create shade for cover from the strong sun, but it doesn’t work… 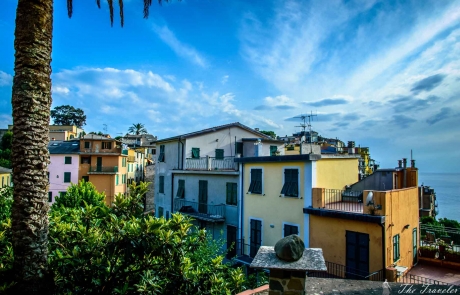 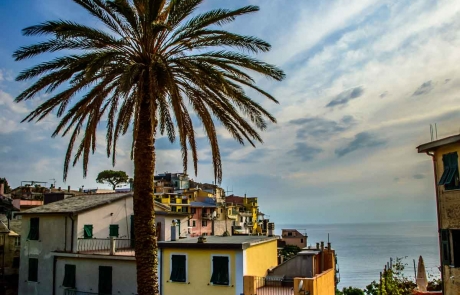 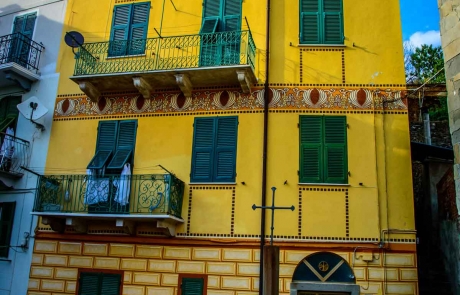 The church itself is in baroque style and is worth seeing from the inside. Admission is free, and every June 29th there is an interesting tradition of celebrating the local patron Saint Peter. A procession is made, which starts from the church and passes along the main street. A huge Torta dei Fieschi is positioned on the main square of Largo Taragio and each participant in the procession receives a piece of it. 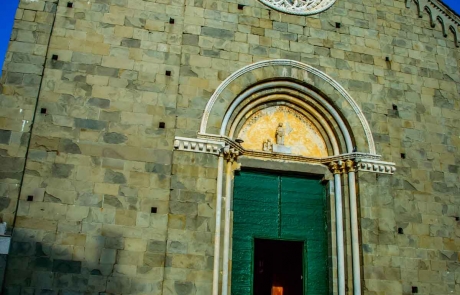 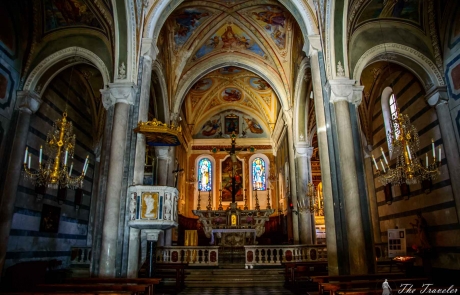 The most beautiful view in Corniglia

Before embarking on the streets of the village, we will go to the place where reveals the most beautiful view of the colorful houses on the hill. From the church starts the main street via Fieschi, which we have to take. After about 100 meters, at the intersection with the main road coming from the station (via Stazione), right next to Lisa’s shop (a very friendly local woman), we turn right and we only need about 150 meters more to get to the desired place – HERE!

This is the perfect location for photos against the background of colorful buildings, terraced vineyards and the sneaking between them landscape of the sea. You can stop for a moment and enjoy the silence, which can only be broken by the insects in the arable land. Corniglia is a village that relies much more on agriculture than fishing and other maritime activities like the others. That is why this is the home of the most popular wine in the region – Sciacchetrà! 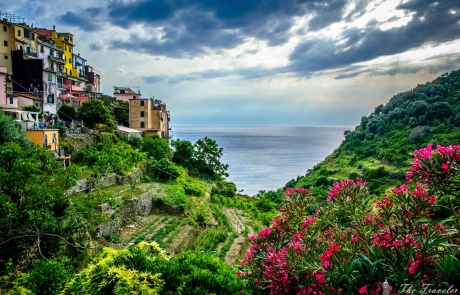 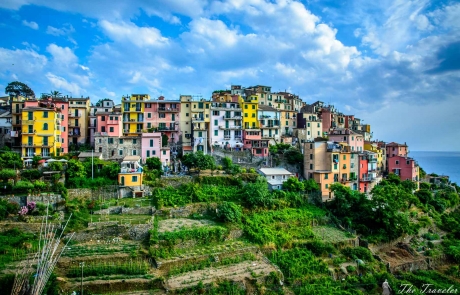 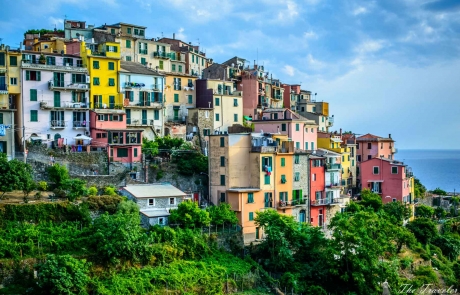 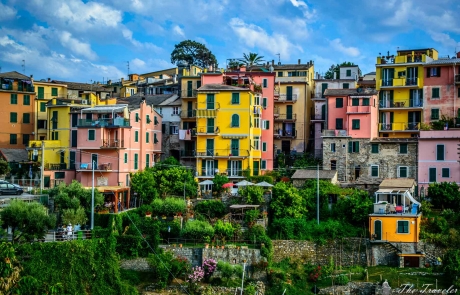 We return to the center and the main street to feel the spirit of the small village. Here the flow of people is significantly smaller than the other four places and the atmosphere itself is much more relaxed and calm. Even before we reach via Fieschi, we are captivated by a small, colorful and very cozy looking restaurant. And for the short way to the beginning of the street we come across a few more tempting places… 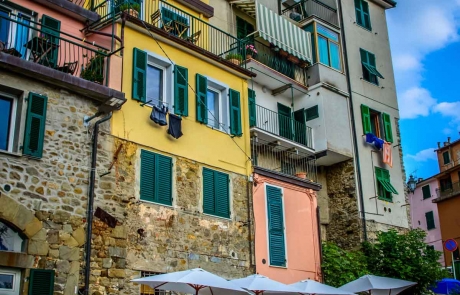 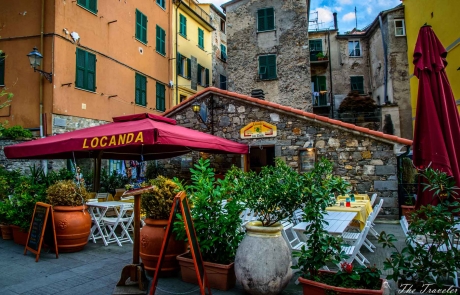 The origin of the village dates back to Roman times. It is believed to have been founded by a local landowner who named it after his mother – Cornelia. Over the years, it began to develop and grow inland due to erosion and landslides, which have already destroyed part of it.

The walk around Corniglia is focused around Via Fieschi, where most of the shops and restaurants are located. Except for the ones I mentioned to you, to be honest… everyone else looked very nice and welcoming! An idea calmer than those in other villages and certainly… no less delicious. In several places there were beautiful terraces, overlooking the sea and the steep slopes opposite. 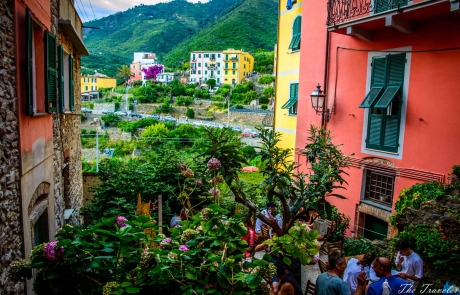 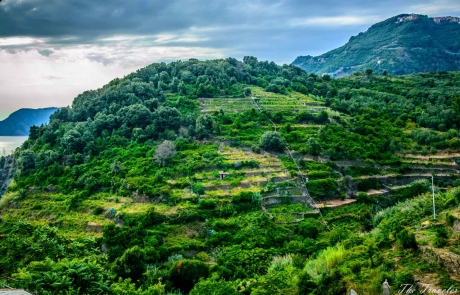 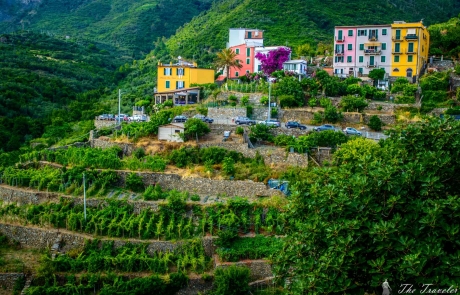 The main street will take us to the extremely pleasant and shady square – Largo Taragio. There are several very popular cafes / bars here, for which there are no superlatives. We had planned Caffe Matteo and Pan e Vin, but time was running out and we couldn’t visit them… 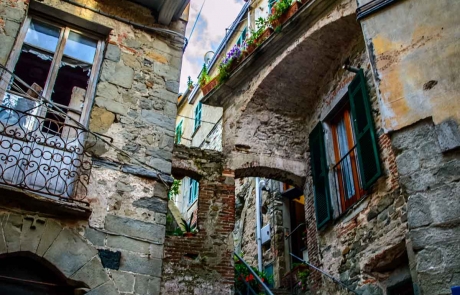 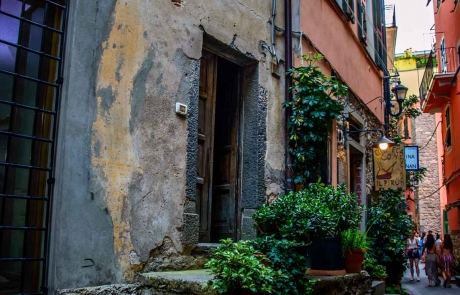 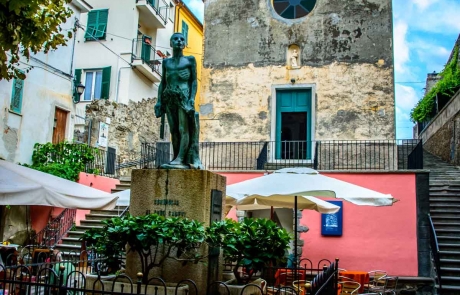 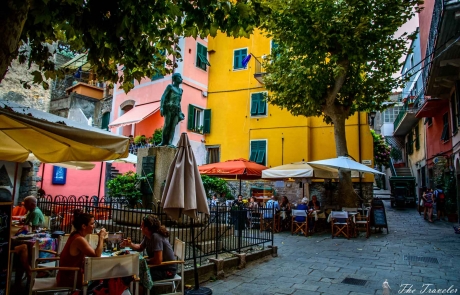 The quietest and most peaceful village of the five in Cinque Terre! If you plan to skip it, don’t do it. It’s worth the walk. There are even several beaches around it that can be visited if you have more time. And the stairs down are taken much faster, especially if you are in a hurry for the train…