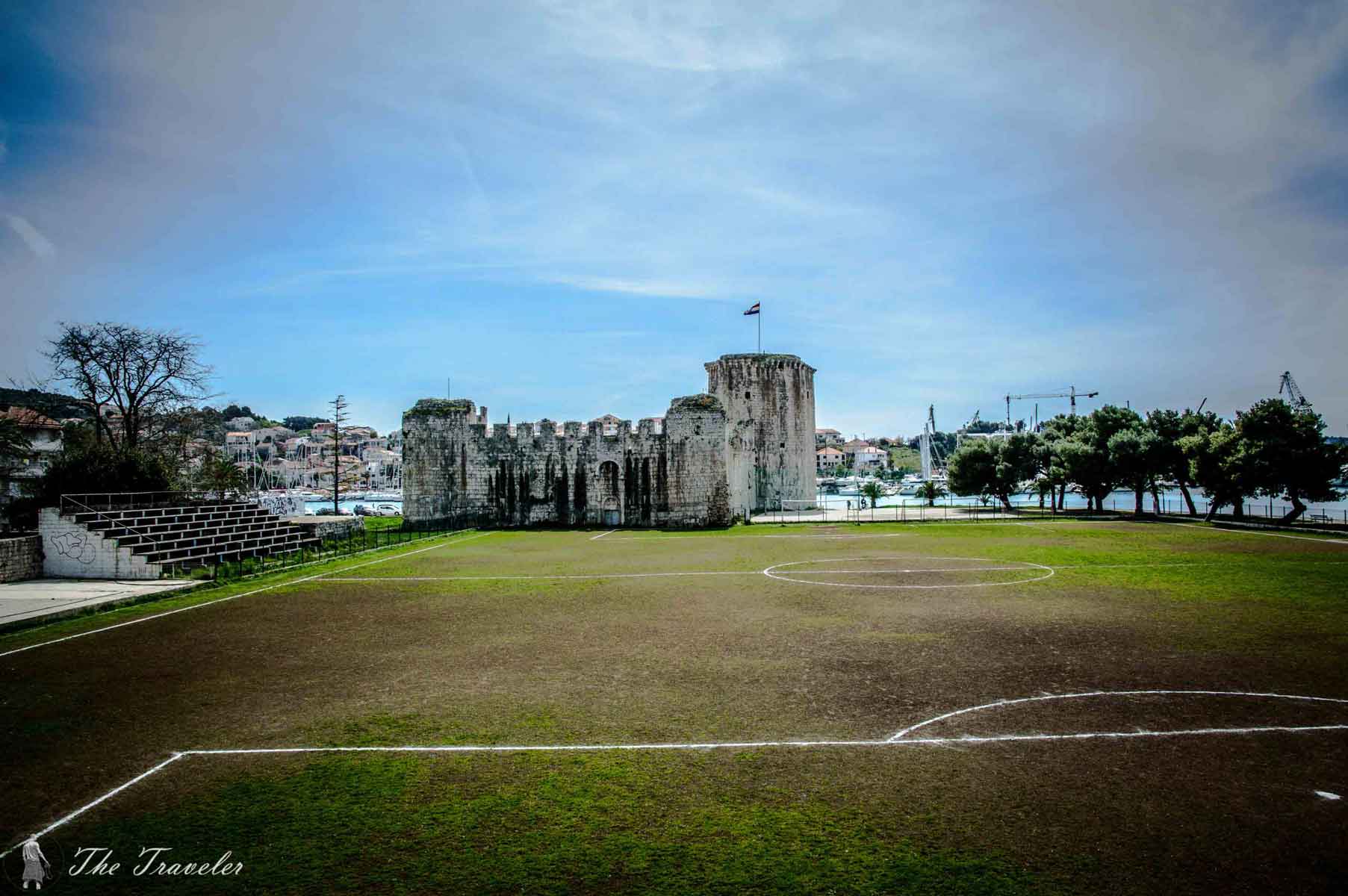 1. Siena /Italy/ – from all of the stadiums in that article, that’s the most famous and popular – Stadio Artemio Franchi. It’s significantly smaller than his namesake from Florence, his capacity is little bit over 15 000. The stadium was built in 1923 and its separated tribunes make it unique and memorable. The local team A.C. Siena plays its matches on it, which one now is competing in Serie “C” of the Italian championship. 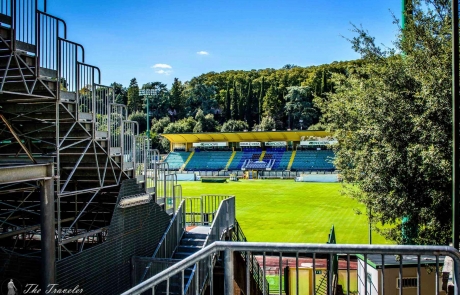 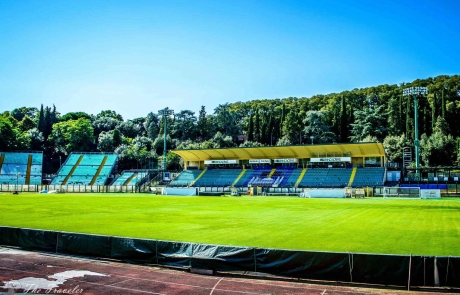 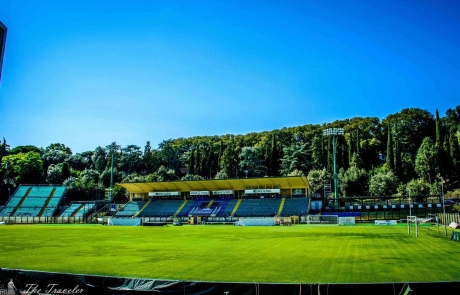 2. Koper /Slovenia/ – Bonifika Stadium is home to FC Koper since 1948.  In 2010 it was completely reconstructed and now it’s current capacity is little bit over 4 000 seating places. Currently the stadium is a lovely place that attract the tourists in the sea town. There are shops and pubs around the stadiums, which one manage to develop the attendance of the matches despite the unenviable condition of the local team. The record of attendance dates from 1987, when about 10 000 spectators were attending the match with Olimpija Ljubljana. 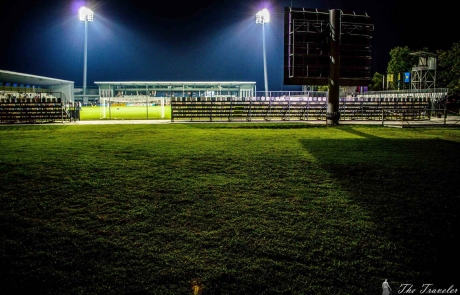 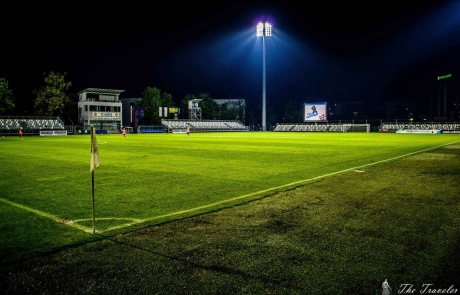 3. Piran / Slovenia/ – The stadium is one of the most beautiful that I have ever seen, mostly because of its location. It’s located on the edge of the rock and behind the fortified wall of the town… The local team NK Portorož Piran was founded in 1998 after the closing of the previous team NK Piran. The capacity is only 500 seats and its name is „Stadion pod obzidjem“, lliterally translated means “Stadium below the wall”. 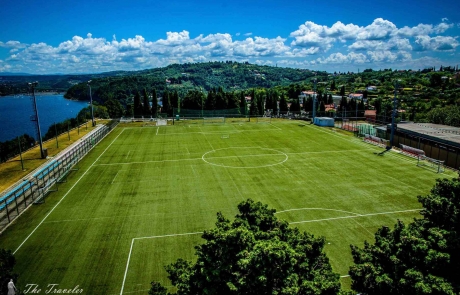 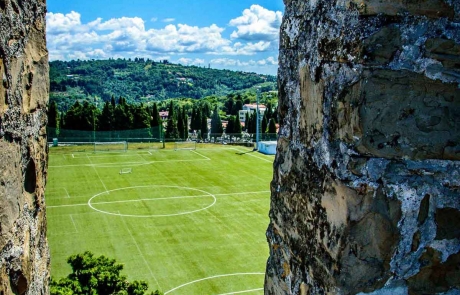 4. Montalcino /Italy/ – I was climbing to one of the towers of Fortezza di Montalcino, when I saw it… Do you imagine… you walk around a medieval castle and suddenly… a stadium! I felt again how powerful social phenomenon is football and what a significant part of our lives it occupy. The stadium is nothing special but a normal village stadium with a playground next to it. The local team is called A.S.D. Montalcino and competes in the regional groups of the Italian championship. 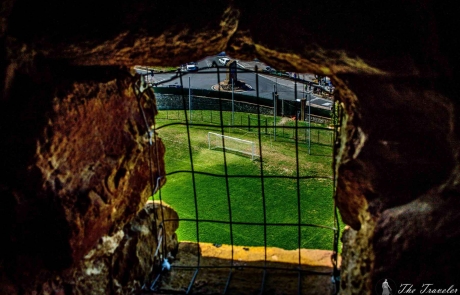 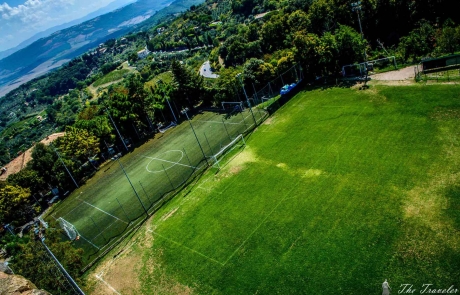 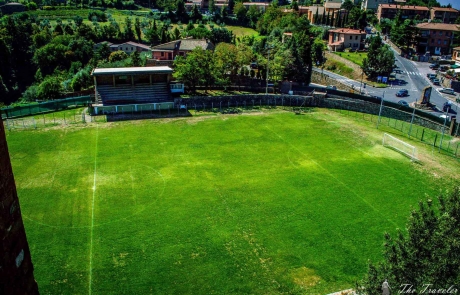 5. Trogir /Croatia/ – the stadium is situated between buildings dating from the 15th century! Located behind Kamerlengo Castle, this small stadium is home to HNK Trogir. In addition to that, it is right next to the seashore… Certainly it happen some ball to go into the water… The Trogir town stadium find a place in dozens of charts for the most unique stadiums in the world. 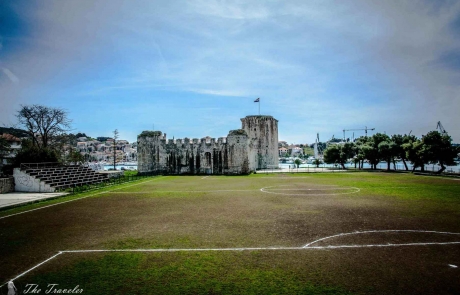 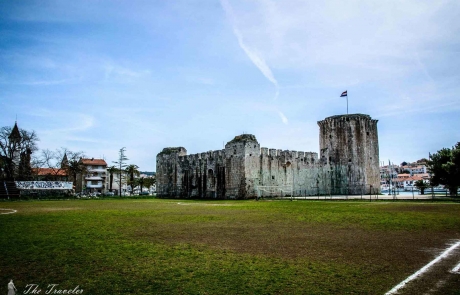