The stone mushrooms near to the village Beli Plast 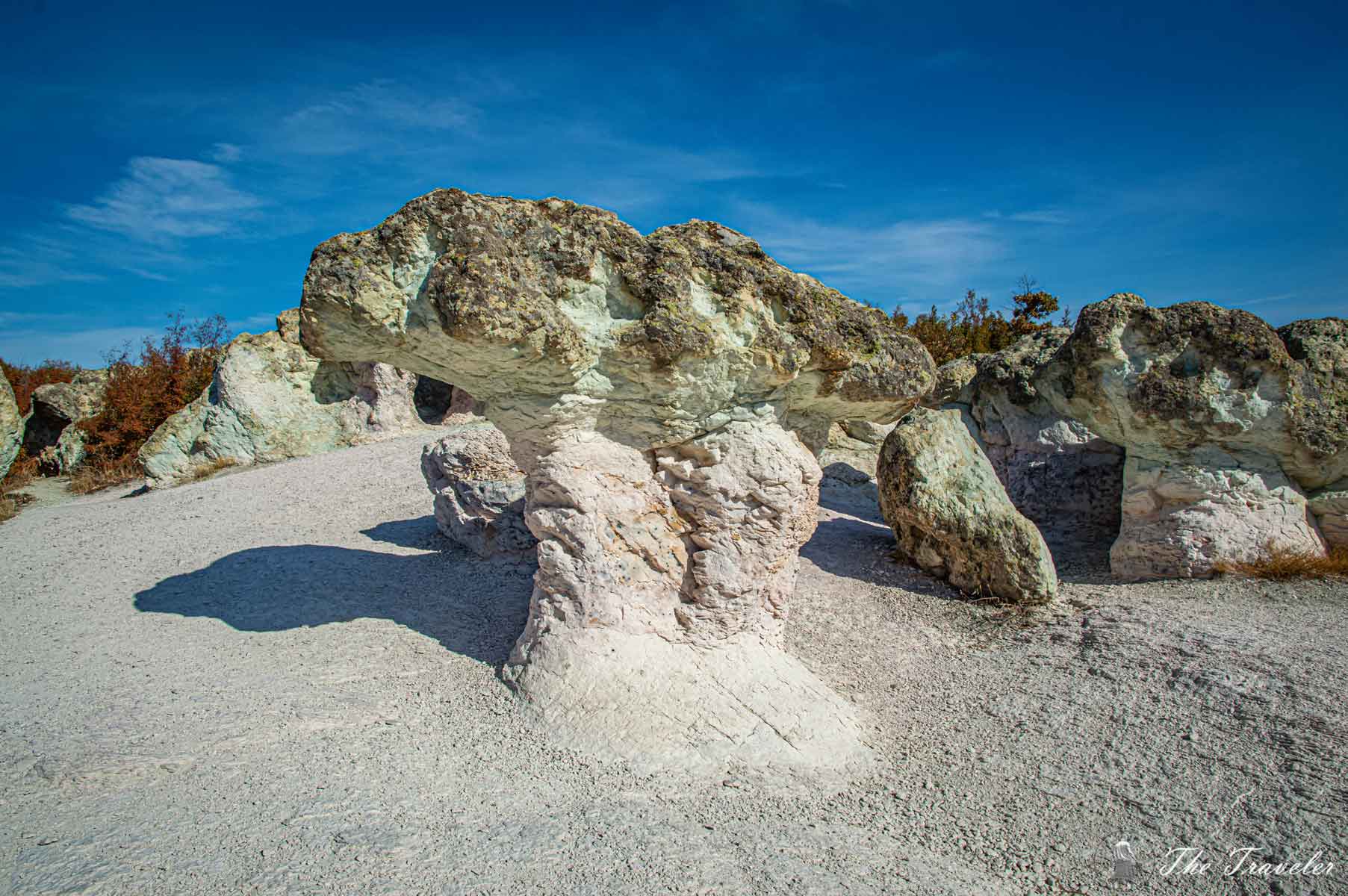 We had a few days to explore the area around Kardzhali – the eastern Rhodopes. Many sights are positioned in this part of Bulgaria, some are more difficult to access, but others are extremely convenient to visit. Such a destination is the natural phenomenon Stone Mushrooms!

The terrain is located next to the road between Haskovo (24 km) and Kardzhali (22 km). Nearby is one of the most popular attractions in the area – Perperikon (15 km). There is no separate parking lot, stop at a slight widening of the road. Parking is often hampered by large tourist buses. The area with the rock formations is around 3 hectares and is completely fenced, and a large sign shows the entrance for tourists.

The natural landmark Stone Mushrooms (Kamenni Gabi on bulgarian) or Mantar Kaya, as the locals call it, is a number of rocks, resembling almost to perfection the shape of mushrooms. They reach about 2-3 meters in height and are very photogenic. The tour among them doesn’t take much time and 20 minutes would be enough to see them.

How they were formed

It’s unlikely to imagine how these lands were once a seabed, but it is a fact. After the water receded and the rocks were displayed, the sun, wind and water did the rest. And while the upper part (hat) contains stronger minerals, the lower part is softer and more susceptible to erosion. It took about 20 million years for us to enjoy their strange shapes today.

A mineral with healing power

Their different color shades are due to the various minerals in their composition, and the most interesting is the presence of clinoptilolite (zeolite). According to many beliefs, placed in water, this mineral has purifying and healing power. Such stones are sold on stalls near the entrance to the area, but unfortunately there are a lot of unfriendly tourists who uncontrollably break off the structure of the rocks…

As for many places in the Rhodopes, there is a legend about four girls! They were daughters of a local charcoal burner, Raduil. As they went for water, they were captured by invaders and abducted by their leader. The girls bravely resisted and somehow managed to knock him off his horse, kill him and escape. But his friend Omur caught up with the girls and cut off the head of one of them. When it fell to the ground, it turned into a stone mushroom! This happened to two other sisters, and the latter also became petrified before he killed her. Terrified by the incident, he tried to escape, but he also turned into a high black rock, which the locals call Karatepe (black hill) and is located near the mushrooms… 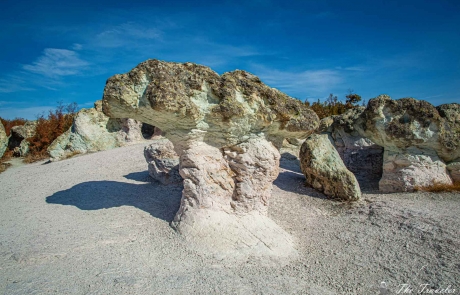 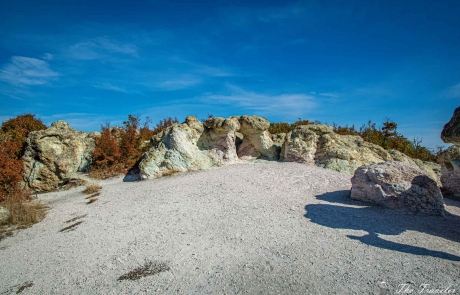 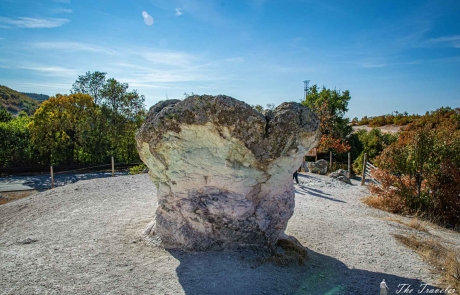 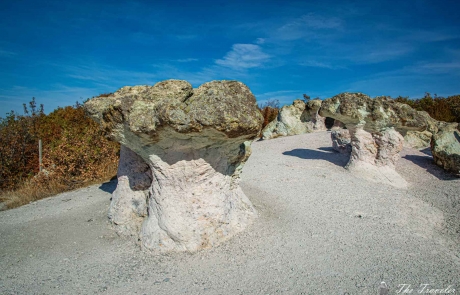 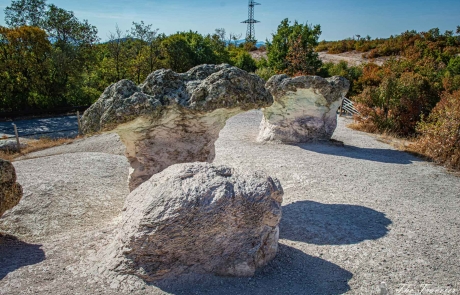