„Enjoy Bratislava. It’s good you came in summer, in winter it can get very depressing…“. Quote from the “Eurotrip” movie… All this against a background of demolished buildings, junk and misery… Fortunately… I didn’t see such a face of Bratislava. On the contrary… beautiful, clean and neat! This is the Slovak capital!

How to get there?

Transport depends entirely on your journey plan and where you come from. The airport is close to the city and has 2 city lines serving it – 61 and 96. They will take you to and from the city center. There are regular buses from Bratislava to Vienna (the distance is only 80 km), the ticket varies depending on the company, but it is about 5-10 euro. If you come by car, you need to buy a vignette to drive on the Slovak roads. The vignette is 10 euro for 10 days (this is the minimum option that can be purchased). The Hungarian border is about 10 km from the city and the Austrian border about 2 km.

It is important with which transport you will travel in order to be able to choose the most comfortable place to stay. If you are not with a car, it would be more convenient to stay in the city center. But if you are with a car, then it is good to look for a place with a parking space. In such a situation I was and I chose Hotel Viktor. Relatively close to the center and very good conditions. Prices in Bratislava are between 20-30 euro per person per night, and here double room cost us 36 euro! And let’s not forget the hotel’s free underground car park…

Traffic around the center is quite tense in peak hours, and parking places are limited. If you are without a car and you have settled in the central part, you don’t need public transport. Everything is within walking distance. But if you stay a little further, you can safely leave your car and get a taxi to the center. I recommend you the company – 5 euro! The car of this company carries you from point A to point B (on the territory of the city) for the sum of 5 euro! No matter the distance!

Our tour starts from the emblematic place for the city – Bratislava Castle (Bratislavský hrad)! The word “Hrad” means a castle in Slovak and Czech, so you will meet it in the Czech Republic too… You know the proximity of these two countries and their mutual history. The castle is noticeable from far away… as the guardian of the city proudly towering over the Danube! It is present in all postcards, maps and pictures of Bratislava, as a symbol of the city. The visit fee is 7 euro. Right from the entrance we met the Bulgarian security guard Julian, who has been living in the city for years… He told us interesting stories and gave us his business card to call him on our next visit.

Inside you can see the spacious halls of the palace, the many collections, as well as a variety of materials for the history of the place. The castle is depicted on all historical drawings and maps that mention these lands. The earliest information about its existence dates back to 907, and over the years has played an important role for the nations in whose borders it was. An interesting fact is that the castle has not been captured at all times throughout its history! Still, it was burned through negligence in 1811, as the date 28 May remaining one of the saddest in Bratislava’s history. Not until 1950 was completely restored. It has large and beautiful yards and impressive city views… 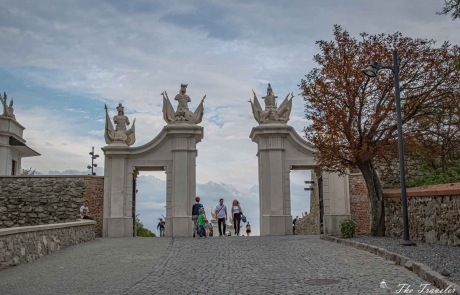 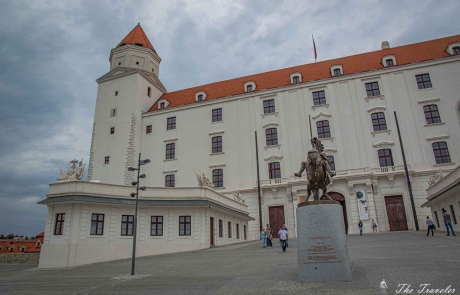 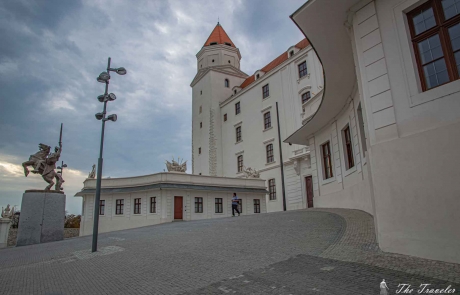 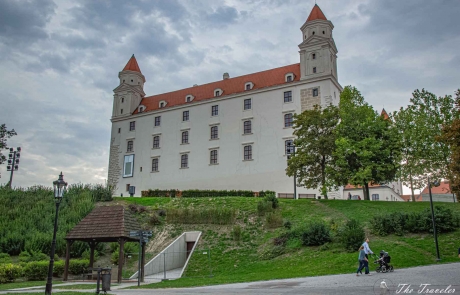 And also to the “New Bridge” or the UFO Bridge (as it is known). It was built during communism and still creates contradictory views among the city’s inhabitants. It is the world’s longest bridge, with only one pylon! At the top there is UFO Observation, which can be visited for 7.40 euros. “The flying saucer” is one of the interesting tourist spots in Bratislava. 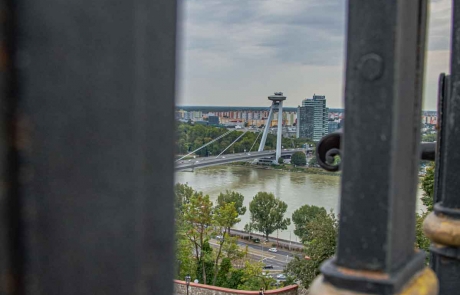 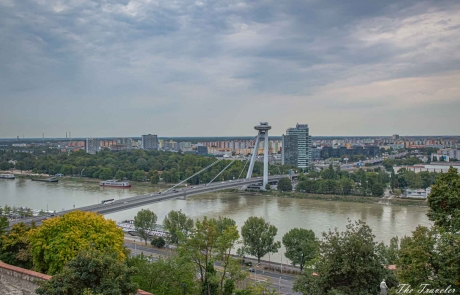 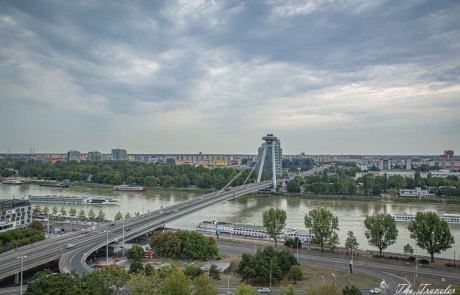 Our walk continues down the winding streets… to St. Martin’s Cathedral. Built during the Hungarian Kingdom. From the 16th to 19th centuries, the coronations of 19 Hungarian kings and queens were carried out there. Throughout the city you will see some crowns on the ground, they show the path of coronation. Today St. Martin is one of the symbols of the city and an indispensable part of the lives of its inhabitants. 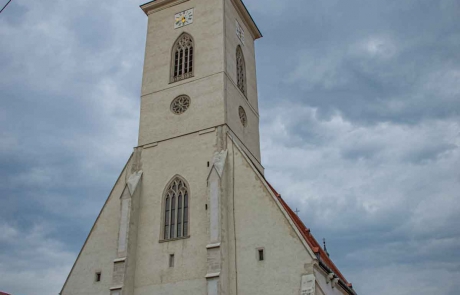 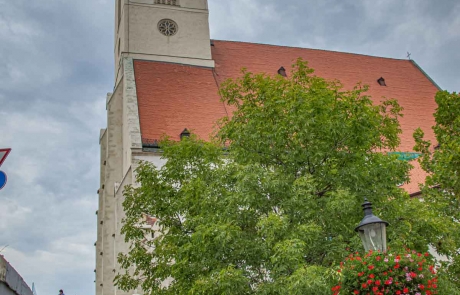 Let’s head to the central area…

Immediately after the cathedral, we embark on the rhythm of the city and its colorful squares and buildings! We decide to start the walk from its northern part and get down. Surely you have heard about Michael’s Gate or Michalská brána? This is one of the oldest buildings in Bratislava! It was built in the 14th century and It is the only surviving gate to the old town. It is distinguished by the Baroque dome and the statue of Archangel Michael on it. Another symbol of the city that towers over the other buildings. Just by the gate is the narrowest building in Europe, just over 1 m… It is said that it has been built to fill the distance left between the gate and the nearby building. 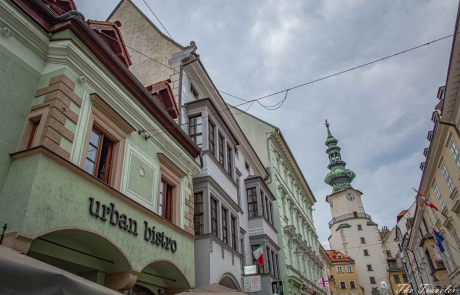 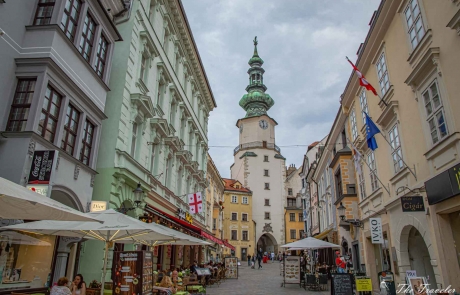 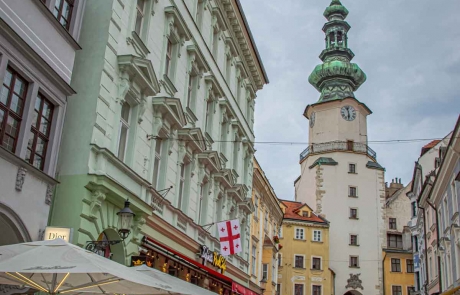 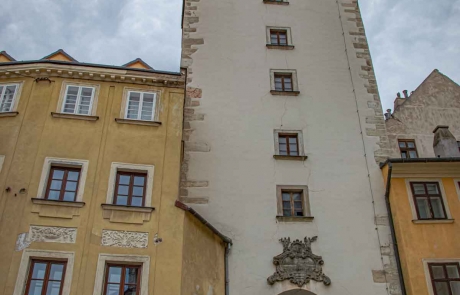 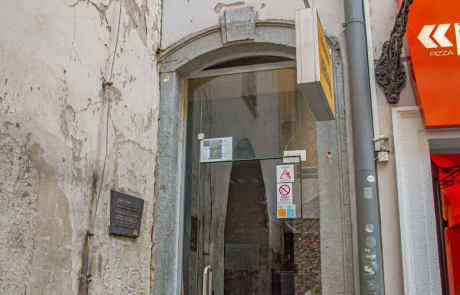 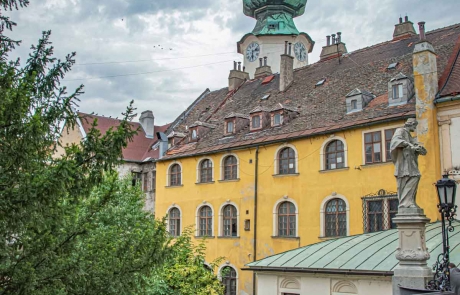 The beauty of the old town…

From there, we find ourselves on the paved streets of the old town, and its beauty will conquer you! A multitude of colorful houses, and no-hurrying people, complete tranquility and delight… That awaits you here! Honestly… I did not expect to be so beautiful and I was pleasantly surprised! Even if you get lost, sooner or later you will reach the Hlavné námestie or the main square. And in my opinion… maybe the most beautiful square in the city!

You will wonder which side to look at… Here you can spend hours! Your eyes will remain in the beautiful building of the old city-hall. It was built after the merging of several residential buildings in the 15th century and focuses attention with its colorful facade and corner tower. Especially interesting is its roof on the other side, from the Primaciální námestie. It is covered with a variety of colored mosaics. And there, on the other side, is Primate’s Palace – the most beautiful in the city! Its facade is rose gold. Today, the mayor of the city is here, and world renown gains with the fact that there has signed the Peace of Pressburg from Napoleon, after his victory over Austria and Russia at Austerlitz… 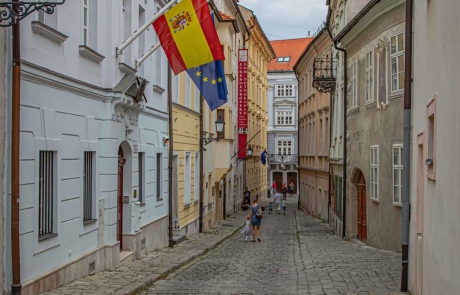 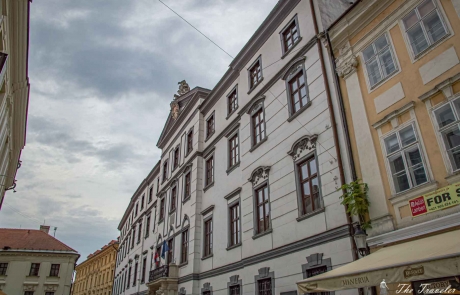 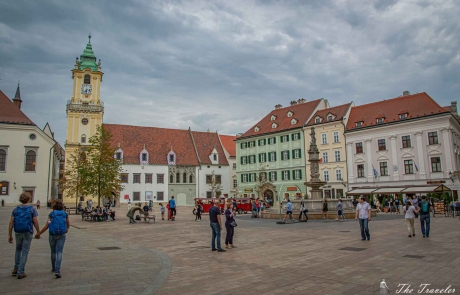 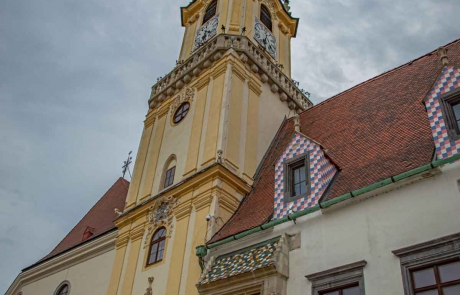 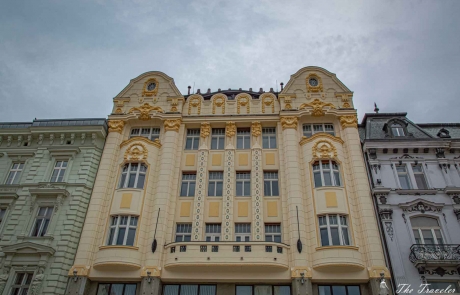 The walk around the city will meet you with some strange sculptors… The one that made the most impression for me goes by the name  of Man at work – the sculptor of a man coming out of the shaft. In fact, the sculpture is called “Cumil”, which translates as “the observer”. That’s what Cumil does, watching the colorful life in the old town… And some jokes that he looks lightly under the skirts of the ladies passing by him… A lot of restaurants and bars will accompany you to Hviezdoslavоvo námestie. There you can play a game of chess with the older locals of Bratislava. And right from here in the 89th year the Velvet Revolution begins. The Slovak National Theater, whose neo-Renaissance building is decorated with beautiful busts of famous artists, is located in the square. The Blue Church, where we finished our tour, is very close. It’s all blue! 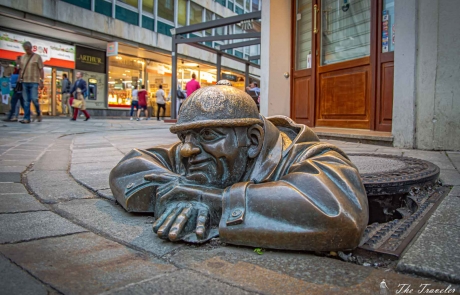 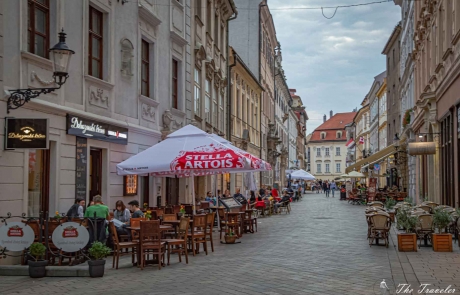 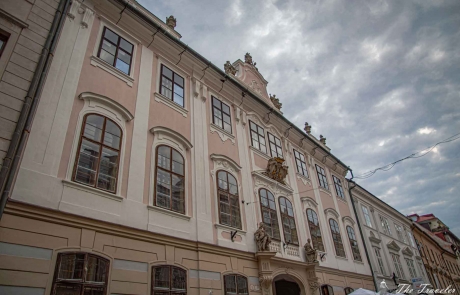 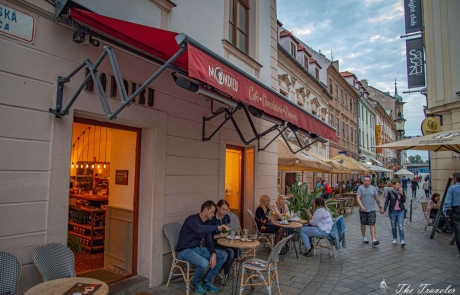 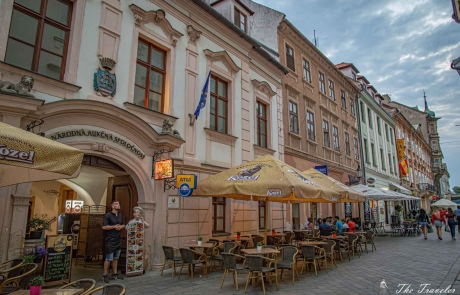 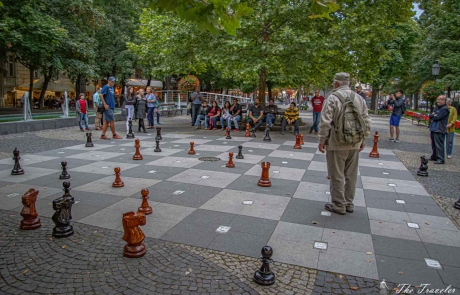 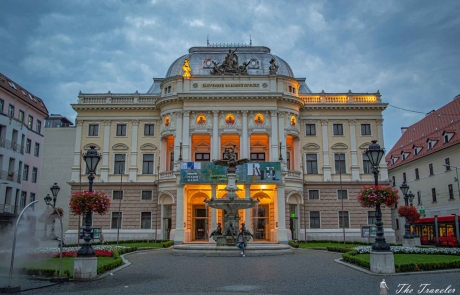 And after every beneficial and long tour … it’s time for food and good beer! Despite the diversity and variety of restaurants in the center, I recommend a place that is quite far from the old town – Hostinec U deda! Unique interior, multiple halls decorated in different ways. You will find any strange objects on the walls and ceilings of the halls. Very cozy atmosphere and lack of tourists. Pork ribs (which were a huge portion), along with a garnish, cost… 10 euro! 10 euro…! The beer was great! We also ordered any local delicacies to try. You can get there by taxi – “5 euro”. It is definitely one of the most impressive dining restaurants I have ever visited! 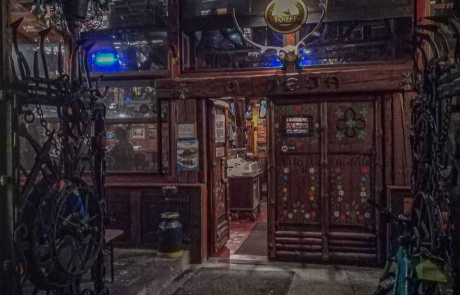 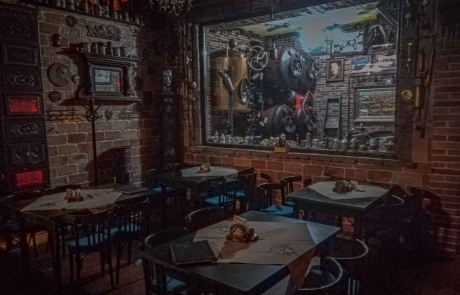 The stairs to the Monastery Ad Deir are an easy ob

The streets of Florence are for dreams, smiles and

The most famous bench in Bled... and for a reason!