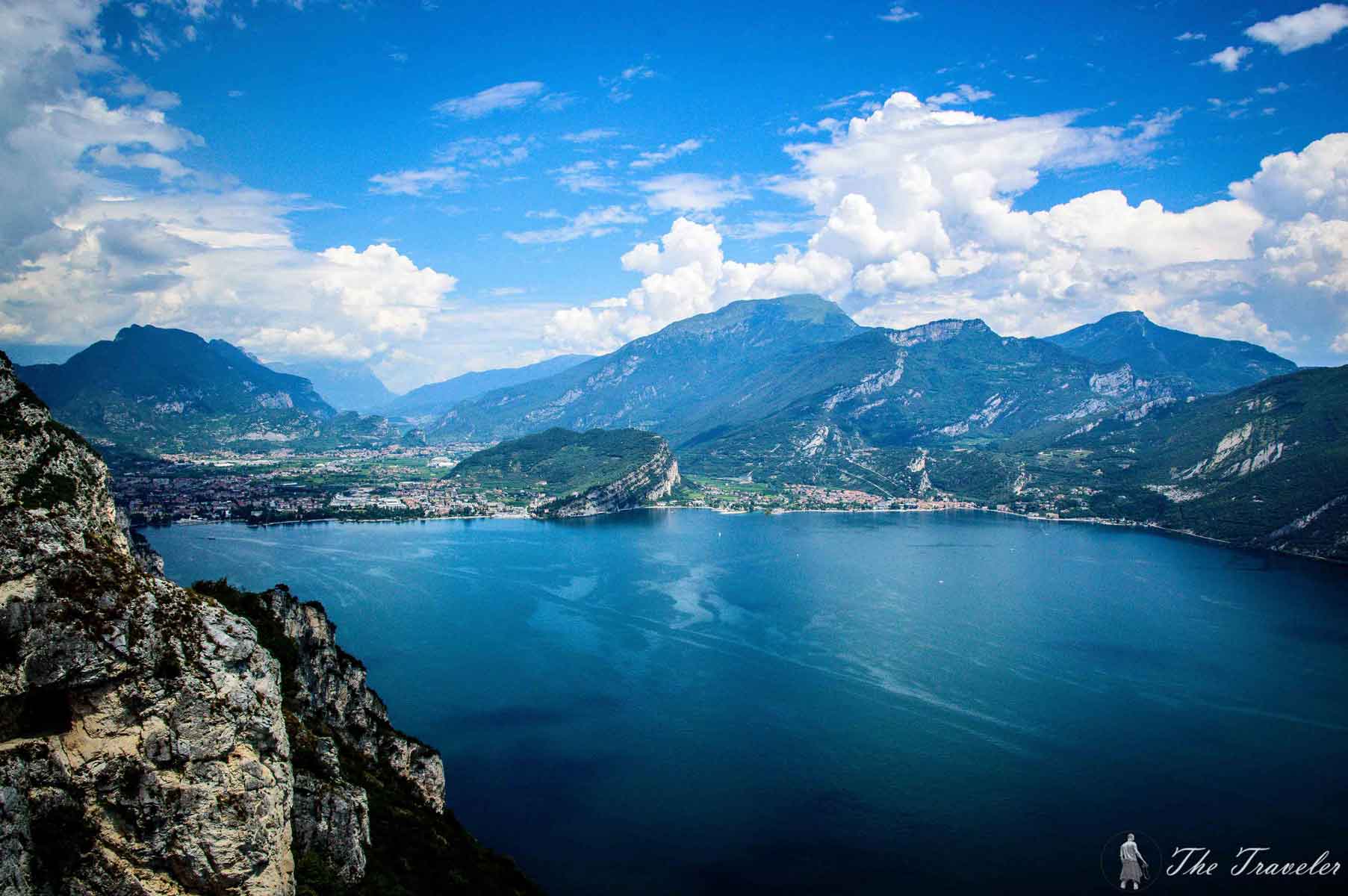 The lake Garda is a preferred destination in Northern Italy. I had heard, that there are great views and I dreamed of finding the most impressive. I searched, dug and by chance I found what I wanted… This information It’s very valuable for me and I begging you… if you like it… use it!

How to get above Lago di Garda ?

We descended from Trento to Riva del Garda and the idea was to go over the city first and then to go back to look at it. There are two exits from the western part of the town, it’s very important to take the right one. After we went down to Via Marone, after the second round road, we took the SS240. There were followed a steep climbing and a long tunnel, about 5 km. Beyond the end began one of the most scenic, panoramic, historic roads in Europe – Strada del Ponale. I burned with desire to pass through it, but I had no time to spare and I left  it for my next visit (hopefully there would be…). The length  is about 10 km and now it’s fully enclosed for cars, used mainly for bicycles and hiking.

Shortly after it, you have to turn left to Pregasina via Strada Provinciale di Pregasina and then there is another tunnel. Immediately after its end is the monument Regina Mundi.  Here can be seen at any time bicyclist, resting and enjoying the view. The built – up area predispose to a pleasant leisure time. I have always like to search for more inaccessible places, so I did the same this time. I found a path beneath the fence and ran  among the bushes. I sat on the edge and I felt excellently… not touching the hard ground under my feet. 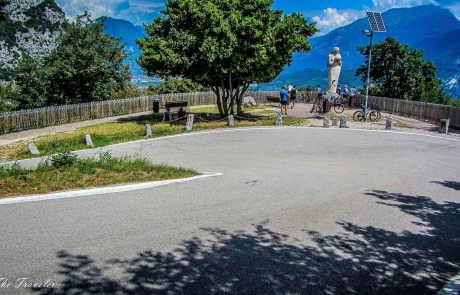 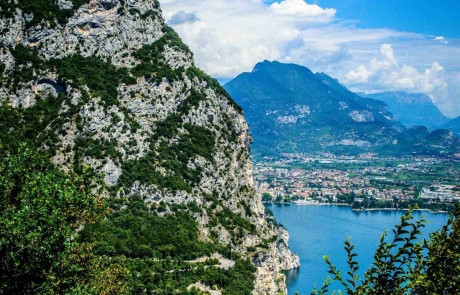 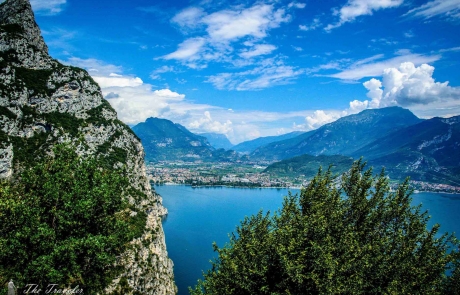 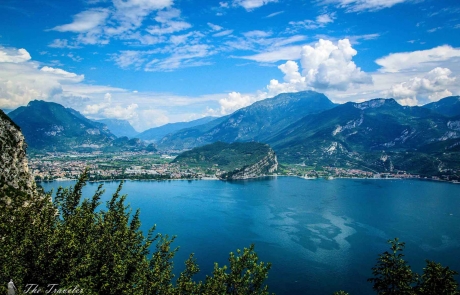 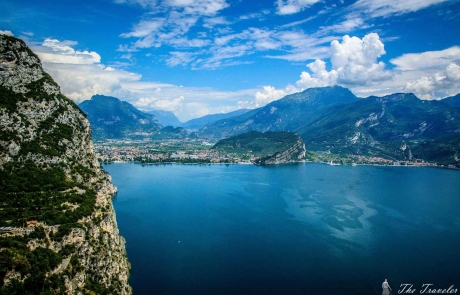 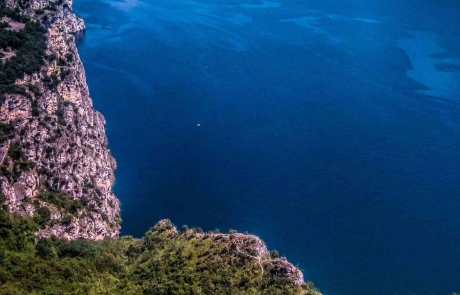 The most beautiful view above Lago di Garda …

We continued to our purpose… We drove a little further along the main road (dirt and narrow road) and we left our car before Hotel Rosalpina. On the bend before the hotel, among the bushes, the beginning of the mountain path was slightly visible. There were no designation. You follow the path just up. It was rocky, somewhere slightly steep, but absolutely passable even for the most unprepared tourists. Climb the rocks and reveal the beauty of the town Riva del Garda in the northern part of the lake and its infinity to the south. Here there are no brushes and trees in front of to hide the view…  There are no bicyclist and tired tourists… Only you on the rock and the lake… I felt satisfaction… I had seen this place like a dot in google and I said to me: “I will find it…”. I was there now, and in front of me… Lago di Garda… in its whole charm! 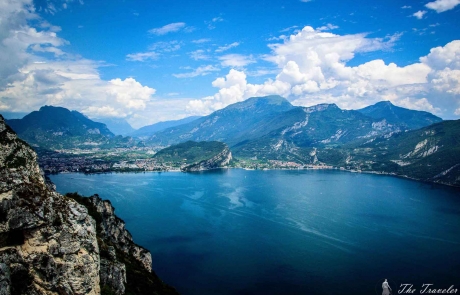 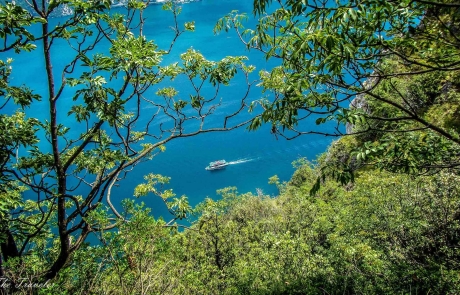 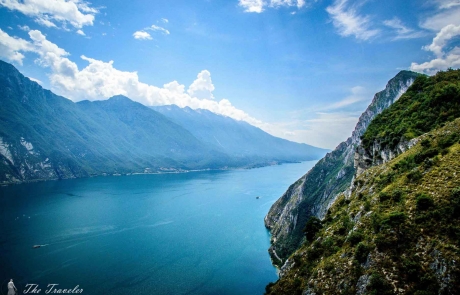 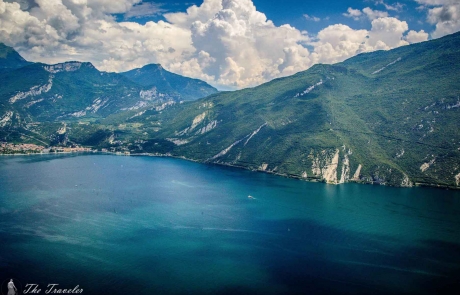 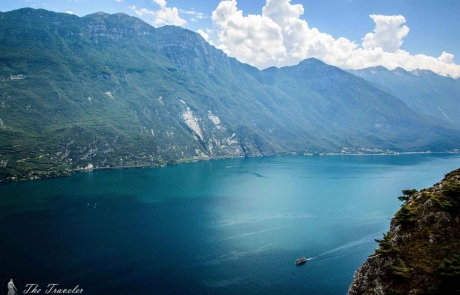 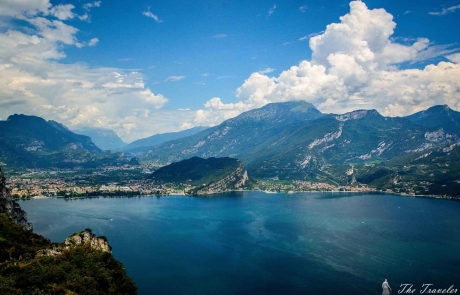