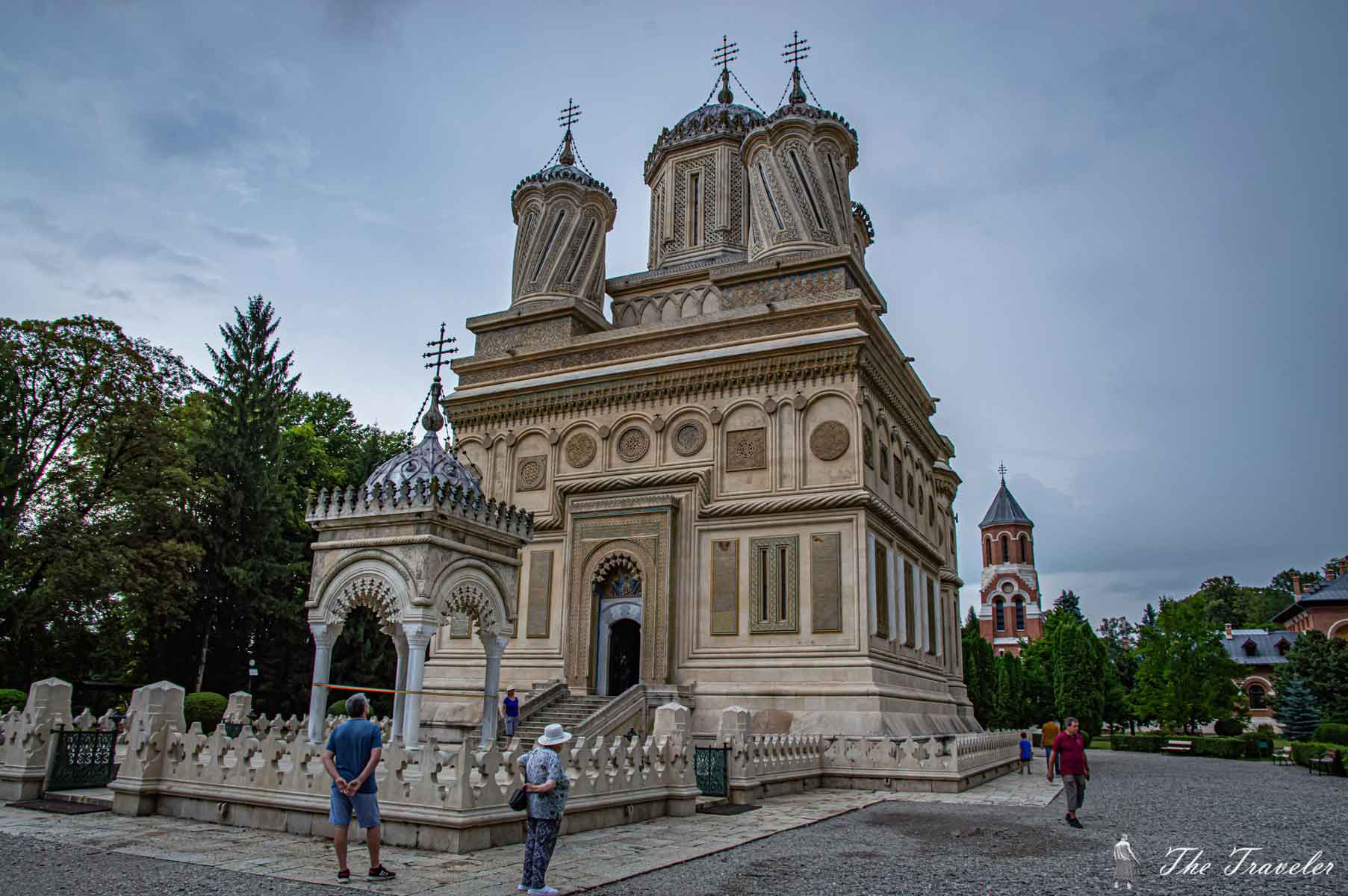 Before we take the breathtaking bends of the Transfagarasan, we stop by the once old capital of Wallachia – Curtea de Arges. Literally translated, the city’s name means “the yard by the river Arges”, and the main two attractions are the palace church (Biserica Domneasca) and of course the famous monastery (Manasirea Curtea de Arges). There is paid parking in front of both at a nominal price, around 1-2 lei.

Behind the remains of the fortress walls of the palace of the first Wallachian rulers is the former princely church of St. Nicholas. It was built during the time of the famous ruler Basarab I, whose tomb is well preserved inside the temple. Most impressive are the many frescoes in the church, most of them dating from the 14th century.

💡 In the 14th century, Basarab I founded the Wallachian Metropolitanate in order to consolidate the region’s affiliation with Orthodoxy. The Bulgarian trace in this endeavor is undeniable, as Bulgarian clergymen were with responsible for the creation of the first Wallachian monasteries. 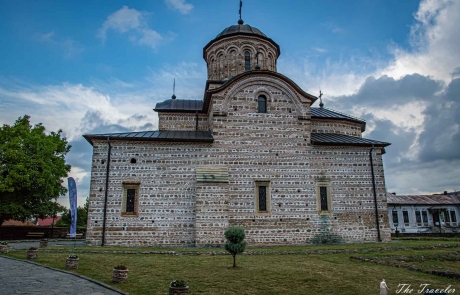 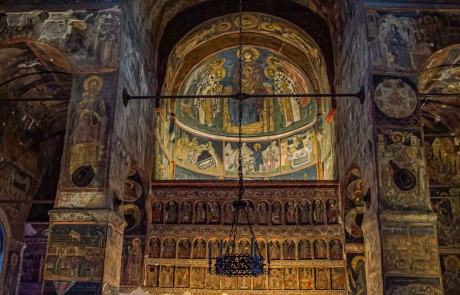 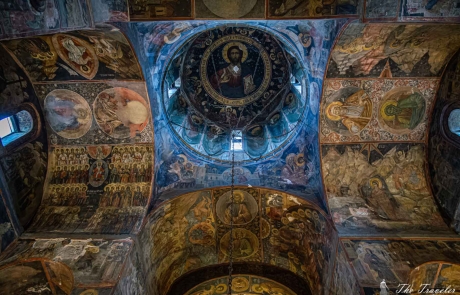 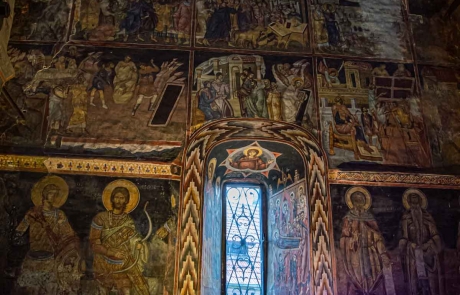 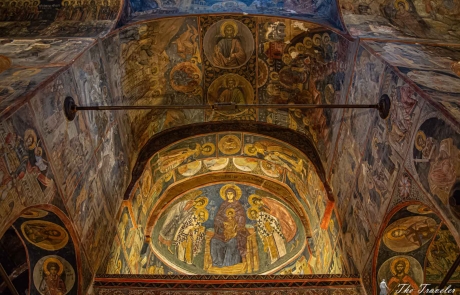 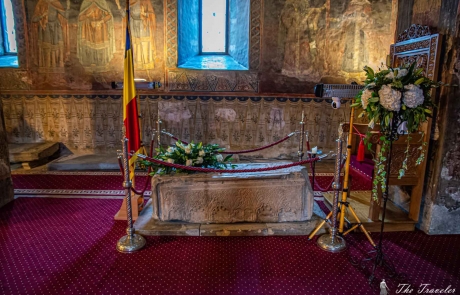 The Church of the Potters (Biserica Olari)

Another temple is hidden about 300 meters from it – the Church of the Potters (Biserica Olari). Its history is lost in time, but it is believed to date back to the 17th century. Its overall structure is very atypical for this region of the country, more resembling Moldovan churches. The bell tower is attached to the main body of the building, and an external wooden staircase leads to its top. The eye is captivated by the detailed images in the upper part of the outer facade, which are the work of an unknown master. 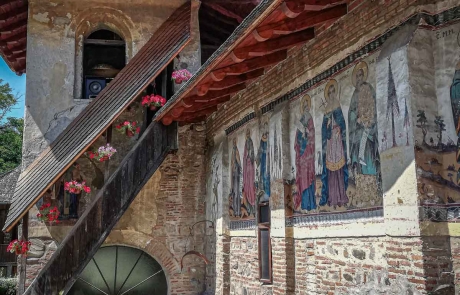 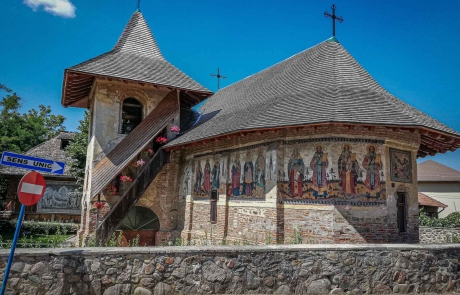 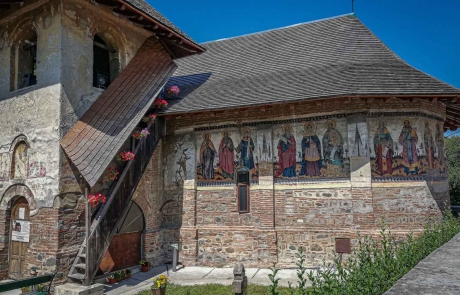 The monastery in Curtea de Arges

The main landmark of the city is among the most impressive monasteries in Romania! The beautiful temple was built in the period 1514-1517 by the famous master Manole. The construction was commissioned by Neagoe Basarab, the then ruler of Wallachia, and is associated with two popular legends. The first one tells that the master’s wife is walled up in one of the monastery’s columns… And according to the second, after the completion of the monastery, the workers were left on the roof so that they couldn’t build a more beautiful church. Manole tried to fly with wooden wings, but failed, and when he fell to the ground, a spring gushed out, which exists to this day.

The gardens around the monastery in Curtea de Arges are a nice place to walk, but not when it’s raining… In a few minutes, we were caught by torrential rain, which drove away some of the visitors. There are several other buildings in the park, which were unfortunately closed to the public. I was never able to find out exactly where the relics of the Bulgarian saint Filoteia Tarnovska are housed… 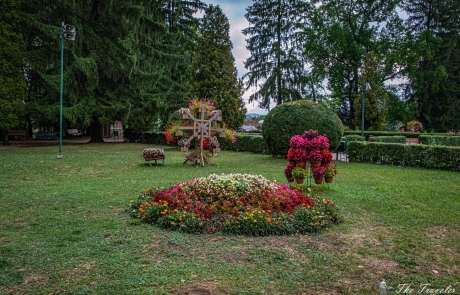 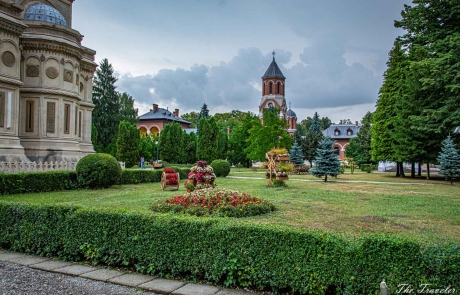 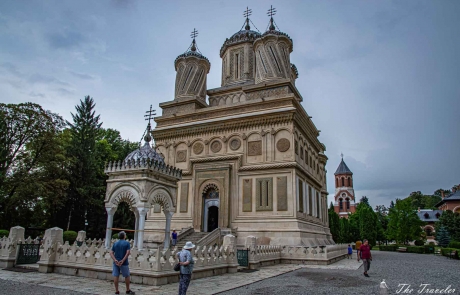 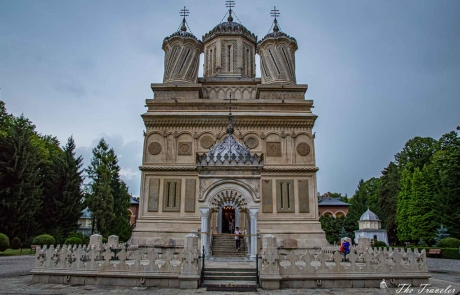 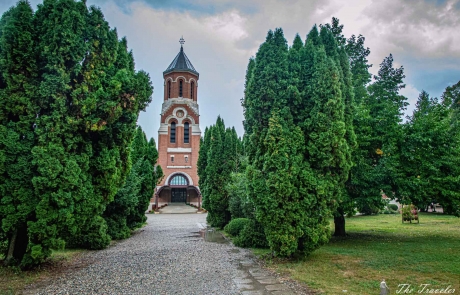 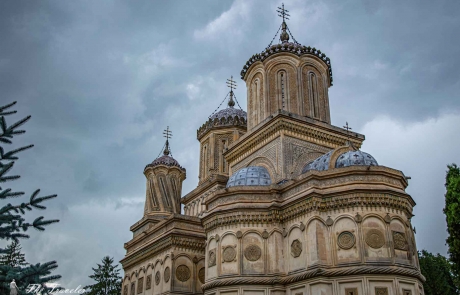 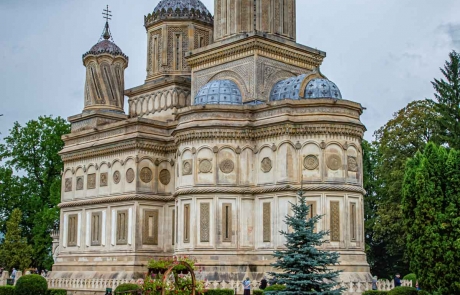 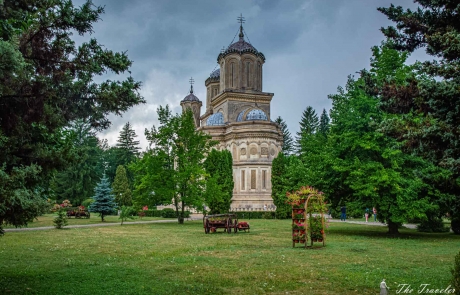 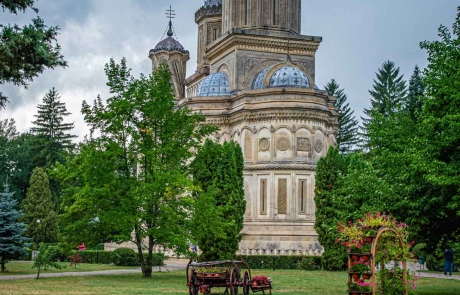 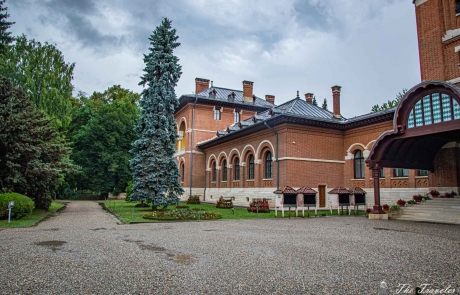 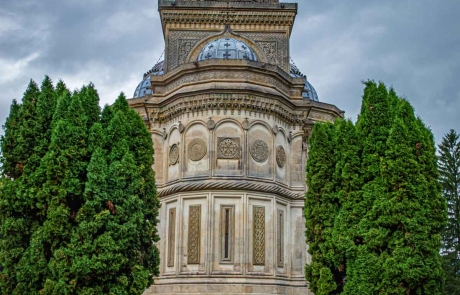 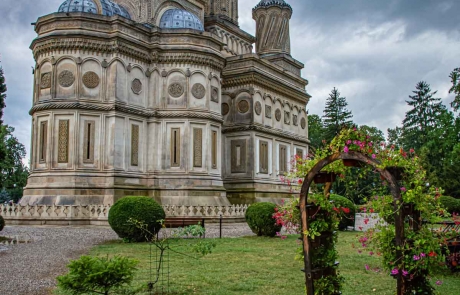 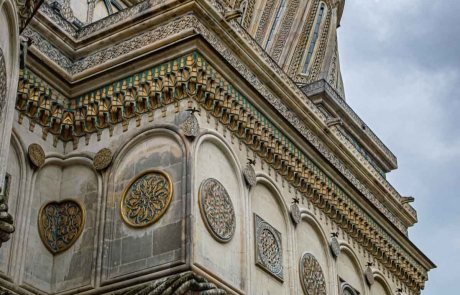 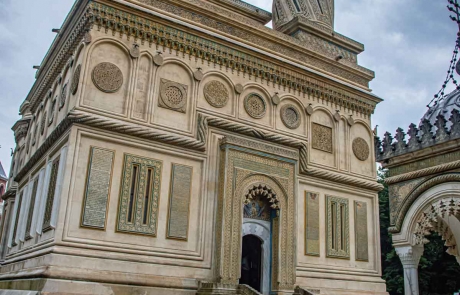 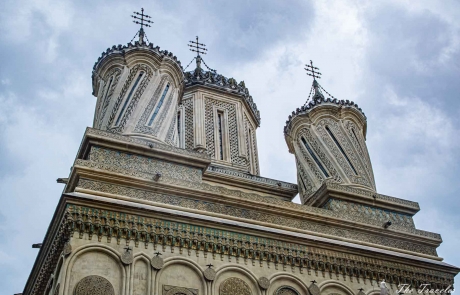 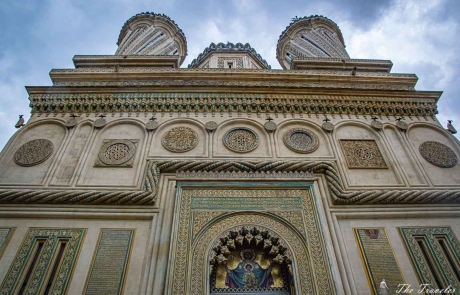 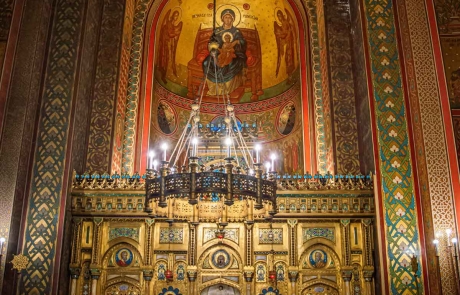 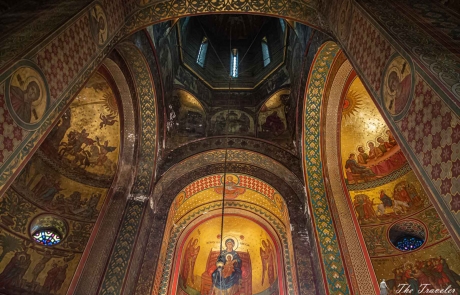