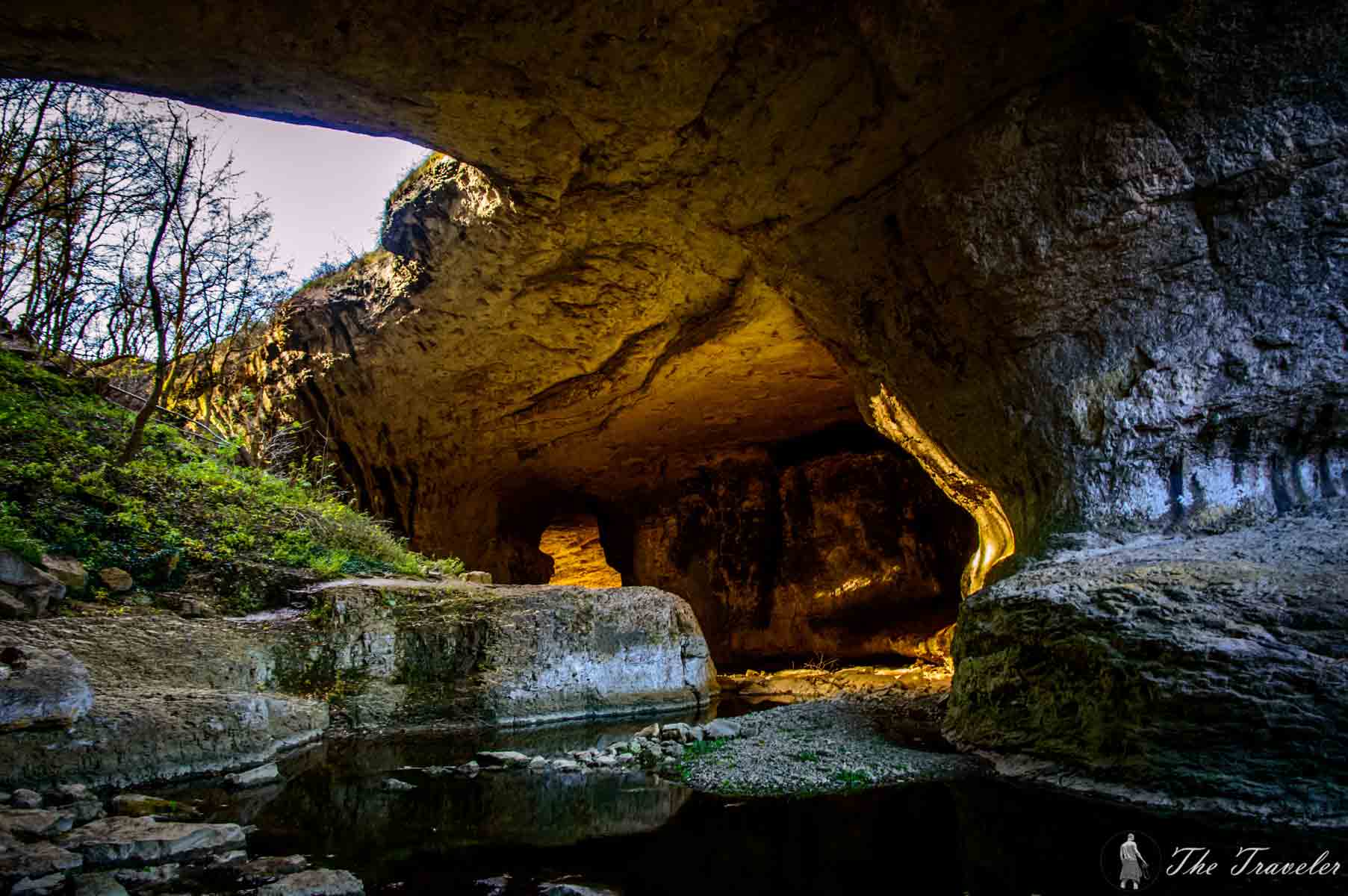 We go to the Vratsa Balkan… to God’s Bridge! This natural stone phenomenon is found between the villages of Lilyache and Chiren. Wherever you come from, the better solution is to use the exit on the Vratsa – Chiren road. The state of the road is decent… compared with this from the village of Lilyache… About 500 metres after lay-by from God’s bridge, you will see the remains of an ancient Roman fortress – Gradishte. Somewhere there leave the car.

Here it seems like the time has stopped… Silence, calmness and beautiful rural landscapes… Only the frog’s croak break the idyll… That’s the name of the karst spring, from which it springs the river passing under the bridge – Frogscroak. And the name of the river is Ponor or Lilyashka Bara. Unfortunately, the path to the spring is not well differentiated and getting there is difficult… You have to walk about a kilometer downstream on the river. 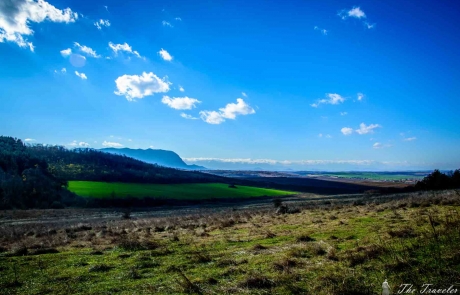 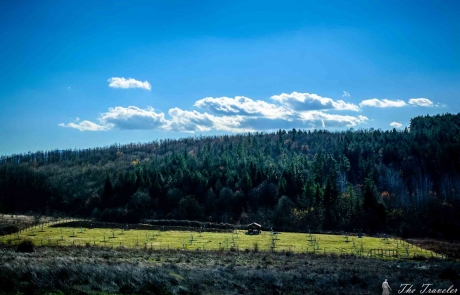 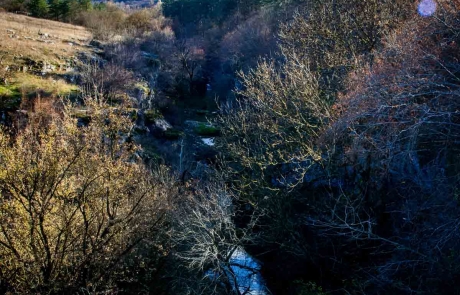 So, after leaving the car, you have to go through the fortress and descend on the curving down trail. It is well recognizable and easy to orientation. The descent will take you about 10 to 15 minutes. You will be surprised by the magnitude of this stone phenomenon… Its dimensions are more than impressive. Its height reaches up to 20 m, the width to 25, and the length to 100 m. Standing beside it, you feel miniature, in front of the majesty of nature. In fact, God’s Bridge consists of two rock bridges. About 120 million years ago, the waters of the river were underground. Over time, erosion contributes to the discovery of cave galleries and makes various karst forms. Today’s appearance in the place began to form tens of thousands of years ago… 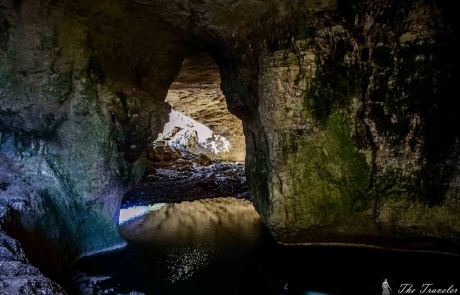 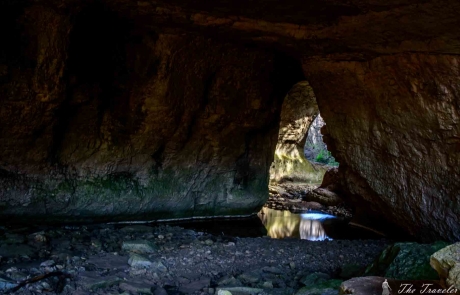 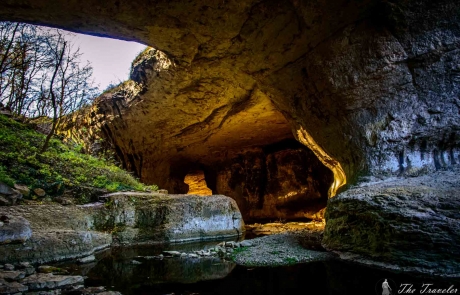 You can get on it or walk through the two galleries below the bridge and cross the river. In the dry months it almost lacks… I visited it in October and there was plenty of water. The vegetation around it is very dense and it is difficult to find a place to reach from the lens. After a few lush bushes, dense branches and grasses, I managed to find a rock where to capture it. It was worth the effort! 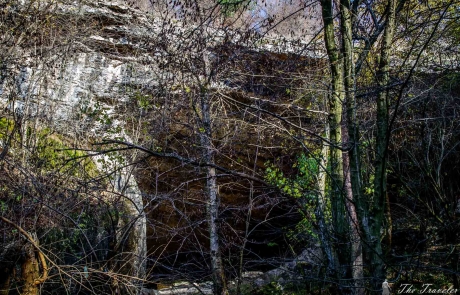 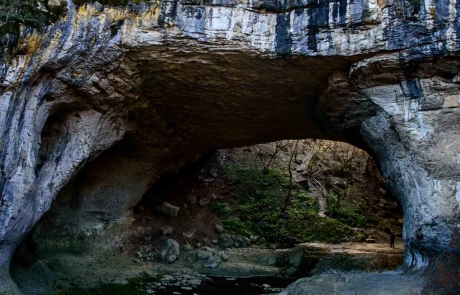 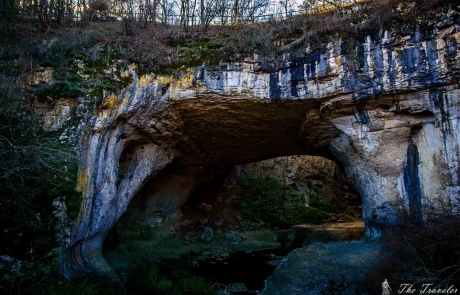