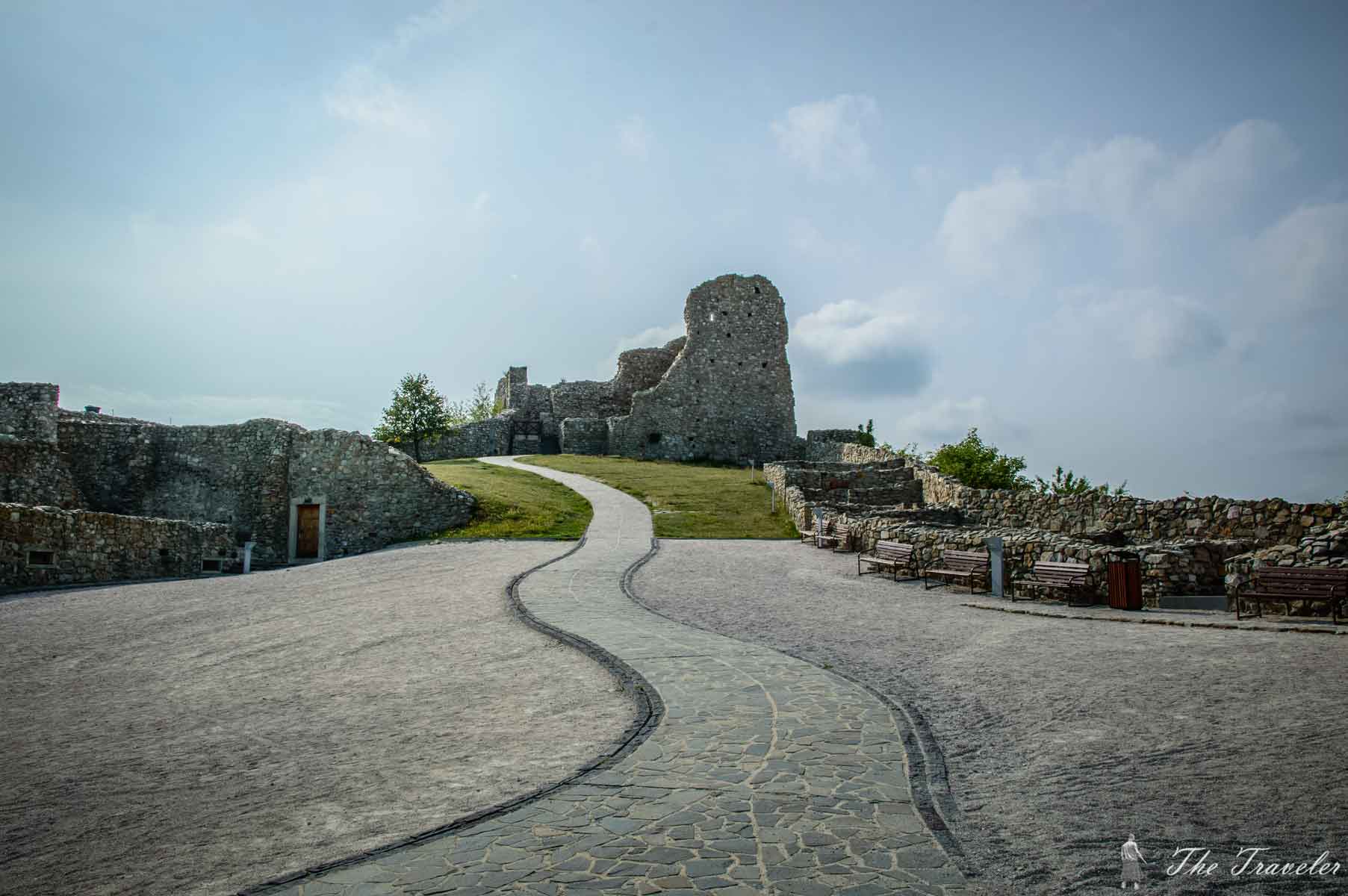 One of the symbols of former Great Moravia is the Devin Castle! Its remains attract many tourists who come to Slovakia to visit the capital Bratislava. The deviation next to it appears as a mandatory stop on the route in the area!

It is located on a 212 m high rock, just above the valley where the Morava River flows into the Danube River. The ancient roads – the Amber and the Danube – also passed here. Its strategic location can’t go unnoticed. This is the reason why the place has been inhabited since the Neolithic! The distance from Bratislava is around 10 km and is convenient for visiting by car, public transport or boat.

A little history about Devin Castle

As I mentioned, the first records of population in these places date back to 5000 BC, from the Neolithic period. Over the years it served as a border fortress, military fortification and trading post. It is considered one of the greatest historical treasures of Slovakia and can be seen on many Slovak seals and ancient coins.

The ruins are also a symbol of Slavic unity! In the 19th century it was the seat of the Great Moravian princes and in the time of Rostislav a mission was initiated to preach Christianity in the Slavic language. He sent a request to the Byzantine emperor and so the brothers Cyril and Methodius arrived in the lands of present-day Slovakia. Their actions leave a bright mark in the ecclesiastical and literary development of these lands. To this day, there are over 40 monuments and churches dedicated to the Thessaloniki educators.

A walk through the ruins

Visiting the castle is with entrance, and the price is around 3 euro. The tour itself can take about 2 hours if you decide to walk around its entire yard and enter the dungeons. There is also a variety of attractions for the youngest visitors. We had little time because we decided to stop on the way to Vienna, so we headed directly to the ruins and the castle.

Its name is associated with three variants, but the most likely is that the name comes from the old Indo-European / Proto-Slavic root “deiv-“. As interpreted in this way, the name means “place of observation”. It is least likely that its name is associated with the Slavic word “deva”, which means girl. Perhaps this story is spread because of the many legends associated with beautiful virgins locked in the watchtower, from where they jumped and ended their lives. There isn’t way to get to the tower, but there was a nice view of it from a small window…

At the end of the tour

The walk to Devin Castle is worth it! Pleasant rest in nature and a beautiful view over the bend of the Danube and the flowing Morava. Opportunity to see the surrounding greenery around them, disturbed only by the roofs of the few houses at the foot of the castle… 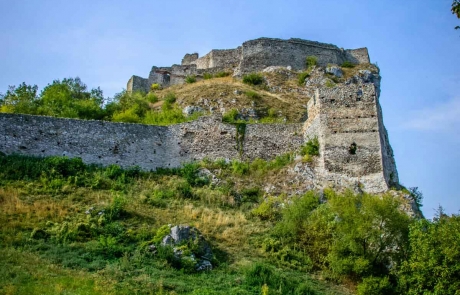 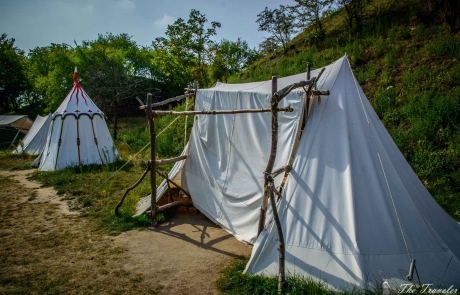 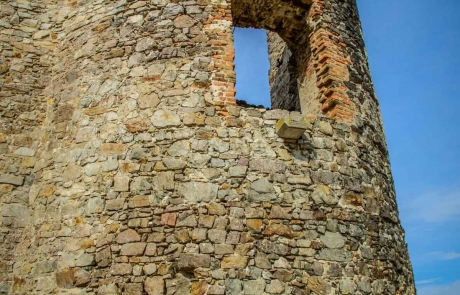 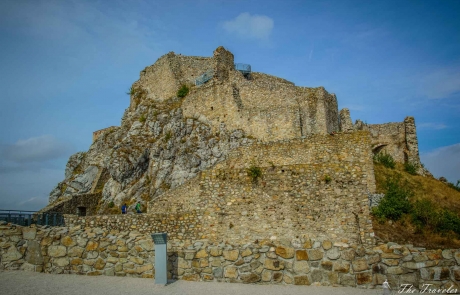 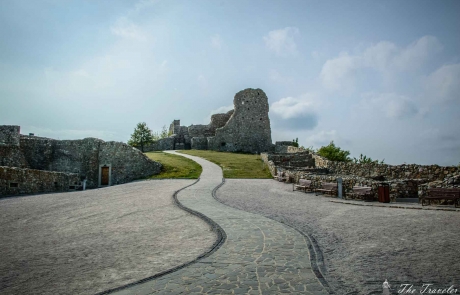 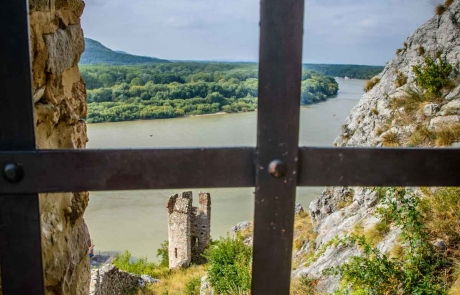 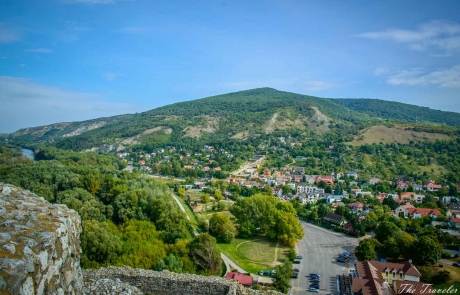 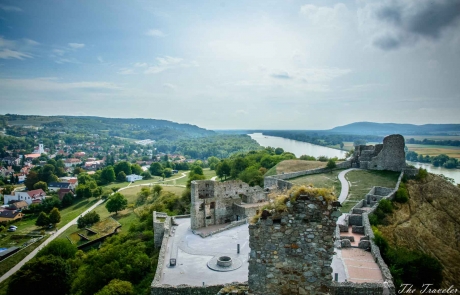 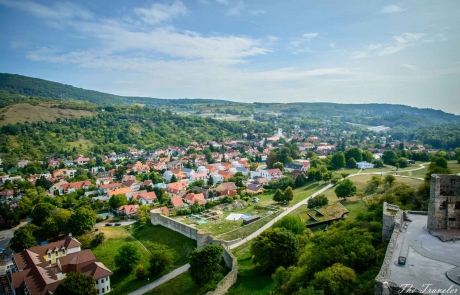 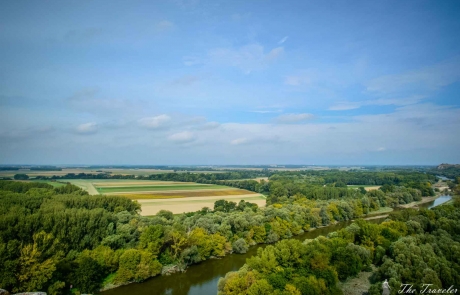 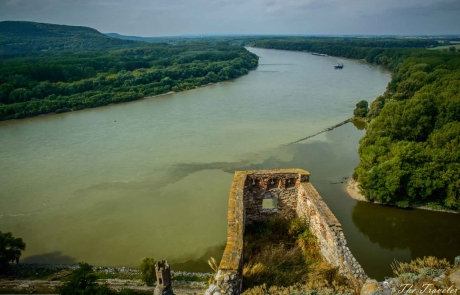 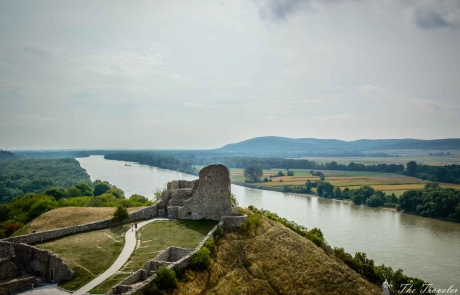