The secret of Rome 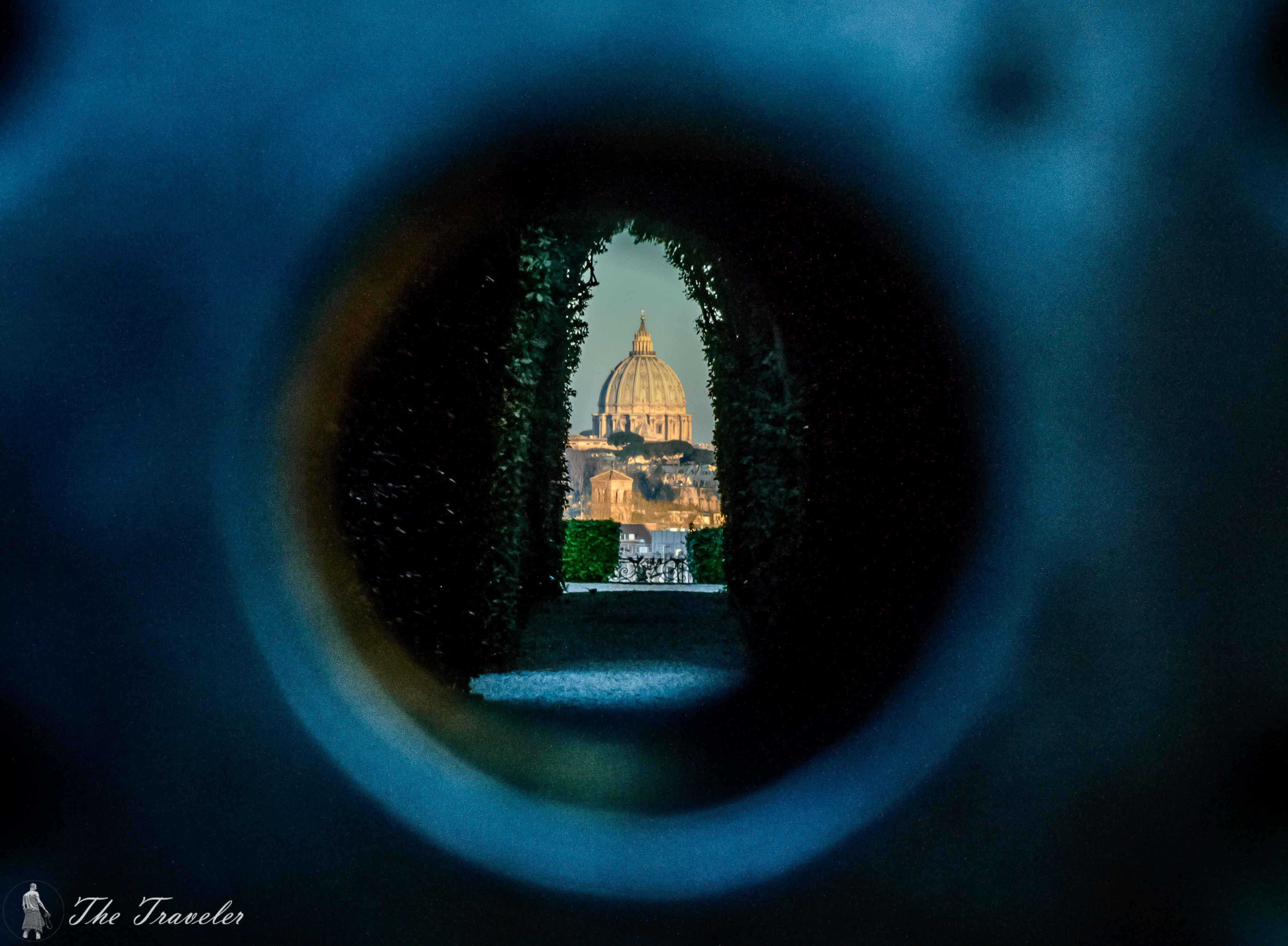 Everyone wants to visit Rome and to see the Coliseum, the Vatican, the Roman forum, The Trevi fountain… to taste the architecture and the magic of this ancient city. But my most wanted goal was another… I wanted to see “The secret of Rome”!

What is The Secret of Rome and where is it?

I headed to it on the first afternoon of my adventure. The sunset was approaching and I hurried to arrive on time to photograph “The secret of Rome”! But wait, wait… First, let’s start from there… what is the secret of Rome? It’s not a building, food, a person, a statue or something like that… It’s a lock… A lock with a random view that stays in your mind for life. And I adore views and I have seen a lot, really a lot of beautiful views, but that one has so powerful mystery and beauty that I burned with the desire to shoot it and to show it… What do you see? A Path, shrubs, buildings and… St. Peter’s dome… The picture is so complete and unrealistic. And in addition to that… the lock is on the Magistral Palace… The gardens that can be seen are of the Republic of Malta, the buildings are of the Italian republic and the dome – of the Vatican… One lock, one view and three republics.

In pursuit of the perfect photo…

So… I was hurrying to the purpose with the thought that I will make the greatest and the most waited photo of Rome! I was not convinced that I would find the exact location, but when I saw a queue of about 40 people who were waiting their turn… I realized that I was on the right place. And where is it? It’s located on Piazza dei Cavalieri di Malta, on the Aventine hill, the southernmost of Rome’s seven hills. To get there, you pass through some of Rome’s most beautiful gardens – the Orange garden. The sunset from there is great!

I took place in the queue and waited my turn… The moment was approaching, everyone was looking, laughing and leaving… I had about a half a minute to make the most desirable photo of Rome. My turn came, I looked and I was breathless… The desired place was visited, the dreamed view was seen! I prepared the camera, my time ran out and I held up the people… I tried, but it not turned out, I could not take the photo… I needed more time, I had to go when there were no people… And the next day I had to wake up early, 3.5 km in direction and one photo, but I felt satisfied!